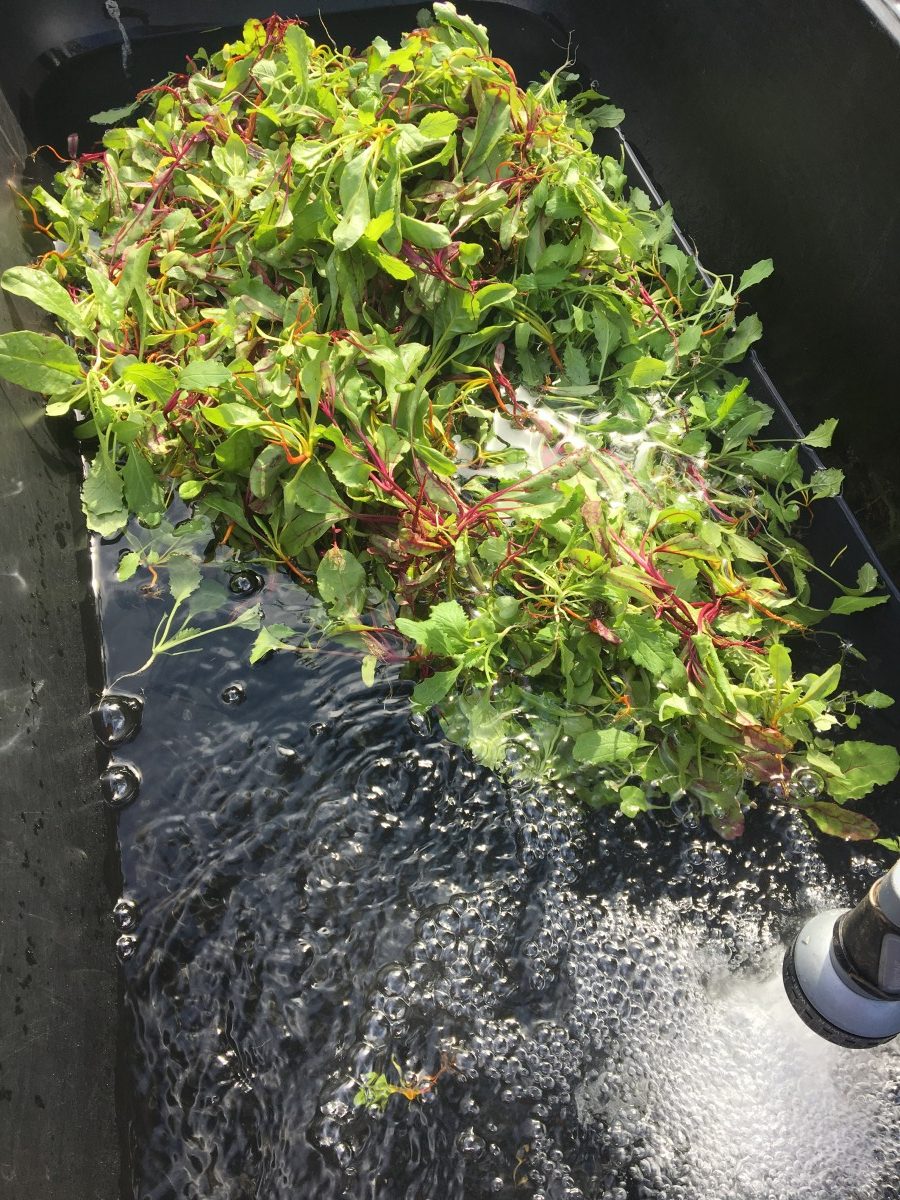 It was somewhat of a slow week at GRuB. Spring has been very unpredictable in terms of weather patterns which has created some complications with starting up the farm for the summer. On Tuesday we were able to cover 5 beds with solar mulch for preparing the winter squash area. We also harvested radishes and salad greens for the first week of the market stand.

With all the time spent working for GRuB I have been given more responsibility with coordinating jobs for volunteers during drop in volunteer hours on Wednesday afternoons. This week I was able to lead groups in transplanting cabbage and weeding near the stream on site to make room for native berry plants.

All of the farm interns had the opportunity to visit Common Ground Farm near Evergreen and speak with one of the main coordinators named Tearney. Common Ground is the oldest running CSA farm in the state of Washington and is on 16 acres of land. They are also a woman only run establishment. Since their only source of income is through CSA members they do not use a refrigeration unit, which I found to be amazing. They harvest everything the day of distribution and all their sales are sliding scale in order to support low income communities in the area. I also found it interesting that people can set up a work plan that allows people to work on the farm in exchange for fresh produce. I wanted to ask about their stance on trans-inclusionary feminism and whether or not they support transgender women to work on their farm and I may try and speak with Tearney about these matters before the end of the quarter.

On Friday the youth were helping out on the farm and I was able to teach some of them how to set up drip irrigation. We also did some intense weeding together in large groups all throughout the farm and seeded winter squash along with corn, watermelon, cucumbers, spinach, and celery. Another group built a hoop house for tomatoes to be planted into next week. Since the weather forecast for next week is supposed to be warm and sunny there will be much more planting and harvesting going on.