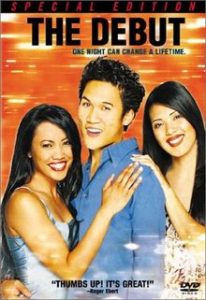 It has been a nice wake up call to focus so much on the meaning of the term “Asian Pacific Islander American” (APIA). Because I’ve been connecting more with my racial identities in the past years, I’ve adopted the term “Asian American” without considering the extent of its history.While it’s an identifier that has helped me connect with other people and myself, Eric Liu’s The Accidental Asian questions the true intention and effect of the term. While I still think it is a helpful community-builder, I’m also realizing how much of a spectrum “APIA” is. Not only are there ethnicities within races, there are also ethnicities within ethnicities. This is shown in the fact that I am not only Chinese, but also Cantonese, which I only learned recently; breaking my cultural background down even more than I thought.

Studying APIA ethnicities outside of my own has been enlightening. It’s a humbling reminder that no one knows everything, that there will always be more to learn. This especially hit me this week while studying Filipino culture and watching The Debut. While I consider myself Asian American, the generalization of that term erases all of the different cultures within the APIA umbrella. The Debut showed me how little I knew about Filipino culture and history. I think the film did a great job at showcasing a coming of age story, but also highlighting important cultural traditions, and the consistent theme of conflict between being “Filipino” vs. “Filipino American.”

I learned more about the Spanish colonization of the Philippines, and the influence of Spanish culture that still exists in Filipino communities. I saw that especially in the dance scene of The Debut. The film went through some of the customs of respect, especially shown towards elders when Ben’s grandpa arrives. It shows the intergenerational trauma that is passed down, especially in immigrant families that have been forced to flee their homelands because of war and/or colonization. The film also dealt with feelings of distance from one’s heritage, which I can relate to. In scenes where Ben is called out for being white or is called a coconut, the conflict of being Filipino yet being immersed in white culture shows up.

I liked The Debut more than Better Luck Tomorrow. Not only was it less violent, but it also highlighted more social issues and wrapped the story back around in a more comfortable way. While Better Luck Tomorrow was left open-ended, The Debut concluded by healing some of the conflict that surfaced throughout the story. A lot of issues were faced in both movies, but I think The Debut also dealt with the social aspects in a more explicit way. While existence of racism and the model minority problem existed in Better Luck Tomorrow, they were more subliminal. The Debut played them outright, from a discussion about cars that turned into a rant about colonialism, to the clear appropriation of black culture and the recognition that it is just as bad as “becoming white,” if not more problematic.

This movie had a lasting impact on me and I’d like to watch it again so I can soak in the details some more. The film and this program is also inspiring a deeper hunger for APIA pop culture. I want to see APIA people sharing their experiences from diverse backgrounds, rather than white Hollywood boxing us into stereotypes. And I want to learn from “the firsts” so I can continue our stories with my own and other’s.