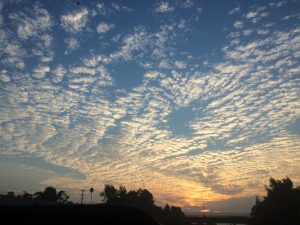 I’m going back home in less than a week. And despite “home” being one of the main subjects of this program, I didn’t realize how homesick I’ve been until yesterday. In all my focus on home as a metaphor, I forgot to think about my physical home. Washington is definitely becoming a second home, however I’ve established a life in Oakland for over seventeen years so I think it will always hold a special branch in my heart. Everything that builds my image of the hometown I grew up in is what I would base my ideal home off of.

Family comes first, is something I’ve heard my dad say since I was a kid. At this point that belief has woven into my DNA. And I have a lot of family in the Bay Area. I have the support of my parents, who rarely fail to lift me up. I have my brother, who named me, a symbolic beginning to our bond as siblings. I have my best friends who are my sisters in their own right, who’ve grown alongside me like redwood saplings. I have friends from high school, who I still reach out to on nearly a daily basis. No matter when I return, I know I’ll have a communal support network there that’s ready to hold me. Family, whether or not it’s made through blood ties, is probably one of the first building blocks to establishing a home.

There’s comfort in familiarity. The way cats circle and pad the spot they intend to sleep in, I have smoothed down the corners of my city more times than I can count. I could sleepwalk those streets and point out landmarks on the way. I could tell you an individual story for every place we pass by, pockets that hold memories, stories that shape me into the person I am. It’s as if time has allowed me to break into my surroundings like breaking in a new pair of shoes. I expect this is the same for any place that’s intended to be home. The creation of it can’t be rushed, familiarity settles patiently. While familiarity can also become a synonym for boredom, it’s still an integral part of making a home.

Safety is an important part of a home. I know that everyone who lives in Oakland has a different experience, especially regarding issues of security. I also know that Oakland has a reputation for being one of the most dangerous cities in the US. But anywhere that’s been founded on the inequitable treatment of people will have a history of violence. Parts of any place will be more dangerous than others, but danger and safety is also subjective. And it’s not limited to physical acts, like shootings, or objects, like locks on doors. For me, safety is also in community. It’s in the diversity of faces I see every time I step outside, knowing that I am safe to be myself. The comfort of knowing I will see myself reflected, but I will also see an accurate representation of a melting pot, contrary to whitewashed media. There’s safety in political opinion, where I’m encouraged to speak openly into a liberal stratosphere. There’s safety in environment, in the redwoods that stretch into the hills or the lake that’s one of the beating hearts of Oakland.

I didn’t realize how important diversity, especially in race and culture, was to my idea of home until I left it to move to Olympia. I’m realizing how beneficial it is to see yourself reflected and to be exposed to people who break down stereotypes. Not only is this a matter of physical safety, it’s also a comment on identity security. It’s allowed me to be more accepting of myself and others in all of our differences, and even celebrating those differences. I have access to a plethora of food choices. Walking around Lake Merritt is like walking around a small globe. Connections are usually made most strongly between similarities, however I want to challenge myself to continue making connections to people who hold completely different cultures and stories. And while Olympia may be more diverse, for example, in political opinions, political diversity is less of a priority than cultural diversity for my ideal home.

I feel like change is something that must always be factored into a conversation. Because the only constant in life is change (Heraclitus), fluidity and acceptance of that fluidity must also be part of a home. I went through changes alongside my city, just as Chico said that “coming of age” isn’t limited to just people. Change means the gentrification of neighborhoods and the gradual aging of my parents. It means my friends moving away, it means a desire to hold on and a nostalgic longing for the way my city and I used to be. Change contradicts most of the points I’ve already made, however it also supports them. It shows me that Oakland is only the template for my current ideals of home. And as long as I maintain the core home values I believe in right now, I will be able to settle wherever I end up.

These attributes of home that I can pull so easily from my birthplace reflect on any future home I want to have, including the one in my own body. I realize I’m homesick for the physical place that brings me the most comfort because I haven’t even settled into myself yet. But as I continue with the final essay and the integrated self reflection, I feel like I’m learning more tools that will help me achieve a self where homesickness replaces home as the foreign concept.