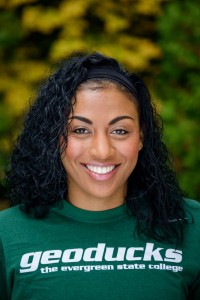 Gray, a junior from Bainbridge Island, Wash., led the Geoducks to a come-from-behind win at Pacific on Tuesday, putting up 29 points and 16 rebounds. In her first year playing for Evergreen after redshirting last season, she is averaging 14.3 ppg and 9.2 rpg.

The Geoducks open up Cascade Conference play on Friday night when they host Eastern Oregon.  Tip with the Mountaineers is set for 5:30 p.m. at CRC Gymnasium in Olympia, Wash.