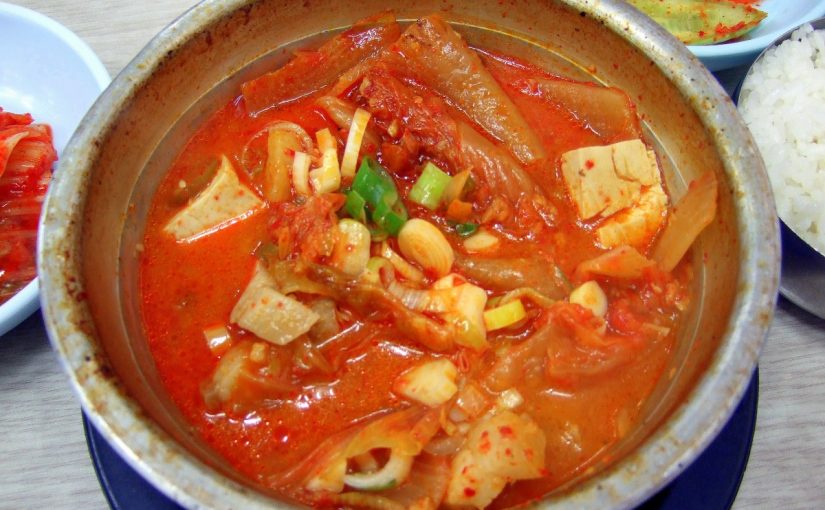 This week I spent a lot of time watching Chef’s Table, a Netflix documentary series that I would highly recommend to everyone in this program (and out of it as well). One episode in particular stuck with me, and I have now done a ridiculous amount of research on its subject and her cuisine, namely Jeong Kwan and temple food. In a phenomenon particularly unique to Buddhist temples in South Korea, an ancient food culture is finally emerging in media.

The philosophies behind temple food are simple: it is sustenance and an expression of joy and connection, though it excludes ingredients deemed inflammatory to the mental state necessary for meditation (garlic, onion, green onion, spring onion, and leek) and foods traditionally not eaten by Buddhist monks and nuns (meat, fish, MSG, and dairy).

Yet somehow, the nutritional needs of those who eat it are sufficiently and artistically met, and the food is delicious, nourishing, and fully satisfying even to a voracious American palette. In fact, Jeong Kwan was flown from South Korea by Eric Ripert to prepare a meal at Le Bernadin. Her food in particular appears to be delicate, flavorful, transcendent, and spiritually unique. However, the practice of temple food, often centered around homemade kim chi, pickled vegetables, and aged soy sauce.

Soy sauce to Buddhist monasteries in Korea is what Molé is to Oaxacan chefs – a continual process. Soy sauce is rarely started new, only added to to enhance and enrich flavor. In some places, soy sauce is left to ferment for 200 years. I had always just assumed the Kikkoman jugs I bought at the grocery store were all there really was on the market!

This practice interested me so much because of my shifted focus towards conscious eating. In a way, eating to optimize meditation is the ultimate expression of that practice. Monks and nuns are so in tune with their bodies that they can sometimes affect their emotions, physiology, and even their longevity through meditation and centered focus. My whole interest in conscious eating is on the ways we can impact how we feel through what we eat, and temple food seems to be the ultimate expression of this.