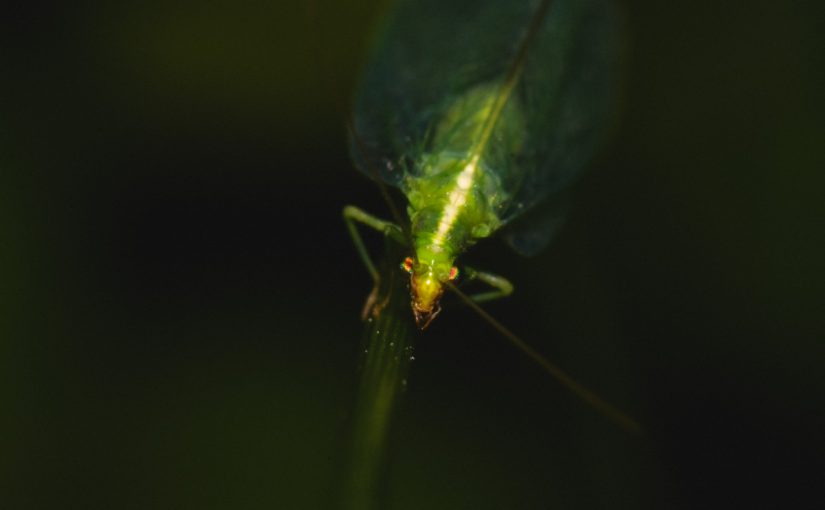 The main objective of insect rearing is to provide high quality insects while maintaining efficiency and affordability.

Insect rearing is used for many purposes, and reared insects have uses far beyond the scope of Entomology.  Beneficial insects for organic agriculture will be the focus of my ILC, however there are many reasons insects are reared besides biological control.  Many insects are reared for insecticide trials, entomological research, population restoration, as well as for economic resources.  Some notable economic examples are silkworms and honeybees, while many pest and predatory insects are bred for biological control or agricultural trials.

Orders of insects bred include Lepidoptera (300+ species), Coleoptera (200+), Diptera (~200), Hemiptera, Heteroptera, Orthoptera, Neuroptera, Blattodea, Isoptera, and Siphonaptera.  These orders include a wide range of insects; for those less taxonomically inclined, these orders include many of the insects you are likely familiar with, from butterflies to cockroaches.

One of the most critical steps in rearing insects is food selection.  Herbaceous insects require the least amount of labor in this regard, and can be fed their host plant, potted or freshly cut.  Some generalists may feed on many types of leaves, making this task even easier.  For example, many Lepidoptera in the PNW can feed on blackberry leaves, which are overly abundant.  Predatory insects are slightly trickier.  A natural diet means you will need to have synchronized populations of their prey insect, which means another population to feed.  While artificial diets are available, they are mostly successful for herbaceous insects.  Artificial foods are available for predatory, carnivorous insects as well, but may result in less healthy adults.

Beginning a new colony requires either harvesting wild individuals, or acquiring a colony from an existing laboratory or entomologist.  Wild individuals may have trouble adjusting to laboratory conditions, so it may be wiser to use those primarily.  Reared insects are often stronger and more fertile than wild individuals, as they are protected from diseases and parasites.  There are issues, though.  After several generations, lab insects may avoid interaction with their natural counterparts.  For this reason, it is important to occasionally add selected wild individuals, to keep the gene pool diverse.  Inbreeding can also be an issue in small scale facilities, but only if the above procedures are not followed.

There are a few categories of insect rearing, which are single species, multi species, and large scale.  These are mostly self explanatory;  single species facilities are small scale, and the operations can often be run by one individual.  This is the model I will be attempting.  Multi species facilities are often used to breed insects for insecticide trials and scientific research.  Large scale facilities resemble factories and aim to make as many insects of a species as possible.

The main problems associated with rearing are contamination, either by parasites or disease.  This can be best avoided by setting up and following proper procedures.  Large scale facilities should have dirtier steps (such as feeding the larvae) quarantined, and the flow of the facility will ideally be set up to reduce contamination possibility.  Environmental control is also critical, and many insects require specific temperatures, humidities, and photoperiods.

That is the basics of insect rearing.  Some insects are much more straightforward than others, and each order is going to require its own diet, protocol, and climate.  The scale of the operation also affects the protocol; a large scale, single species facility is likely a lot more vulnerable to disease than a smaller operation, unless kept properly.