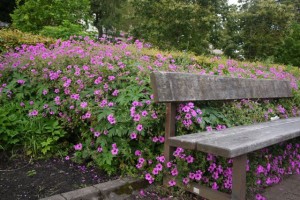 My time in the city of Glasgow remains active in my thoughts.   I was nicely situated in a guest house that was located across from the well tended 85 acre Kelvingrove Park.  In the morning breakfast room, I looked out at early morning tennis players.  The park kindly supplied rackets and balls to players.  Next to the tennis courts there was construction going on to complete a new set of lawn bowling greens.  The “Glasgow 2014” online site reads that:  “The Kelvingrove Lawn Bowls Centre will serve as the site for Lawn Bowls. Over a period of two years from 2010 to 2011, the facility will be upgraded to international standard with four to five bowling greens and 2,500 seats planned for competition use in the Glasgow 2014 Commonwealth Games.    Owned by the Glasgow City Council, this venue will be one of the highlights of the Games, being next to the magnificent Kelvingrove Art Gallery and Museum and overlooked by the equally spectacular Victorian edifice of Glasgow University.”

At 85 acres, I could not have covered the whole park, but the park became my primary access route to the city and provided a cool-down location for my evening walk and park bench rests.  I was always surprised to see so many unleashed, but behaved, dogs.  I asked a woman about the leash law: leash law

I was also surprised to see so many organized exercise groups. 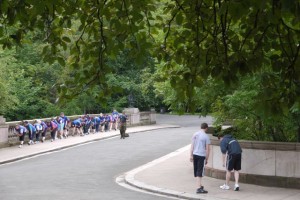 One group was especially curious; they were running with huge logs while the leader shouted, “change,” which directed the runners to change log holders.   At a rest period I asked the leader about the sport:   park circuits 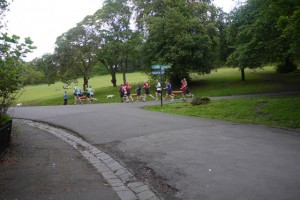 I miss access to such a fine old Victorian park.  It provided restful spots– 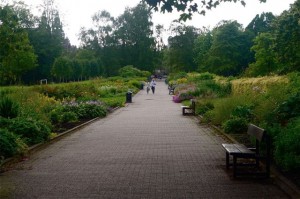 This entry was posted in city Impressions. Bookmark the permalink.

3 Responses to A City Park