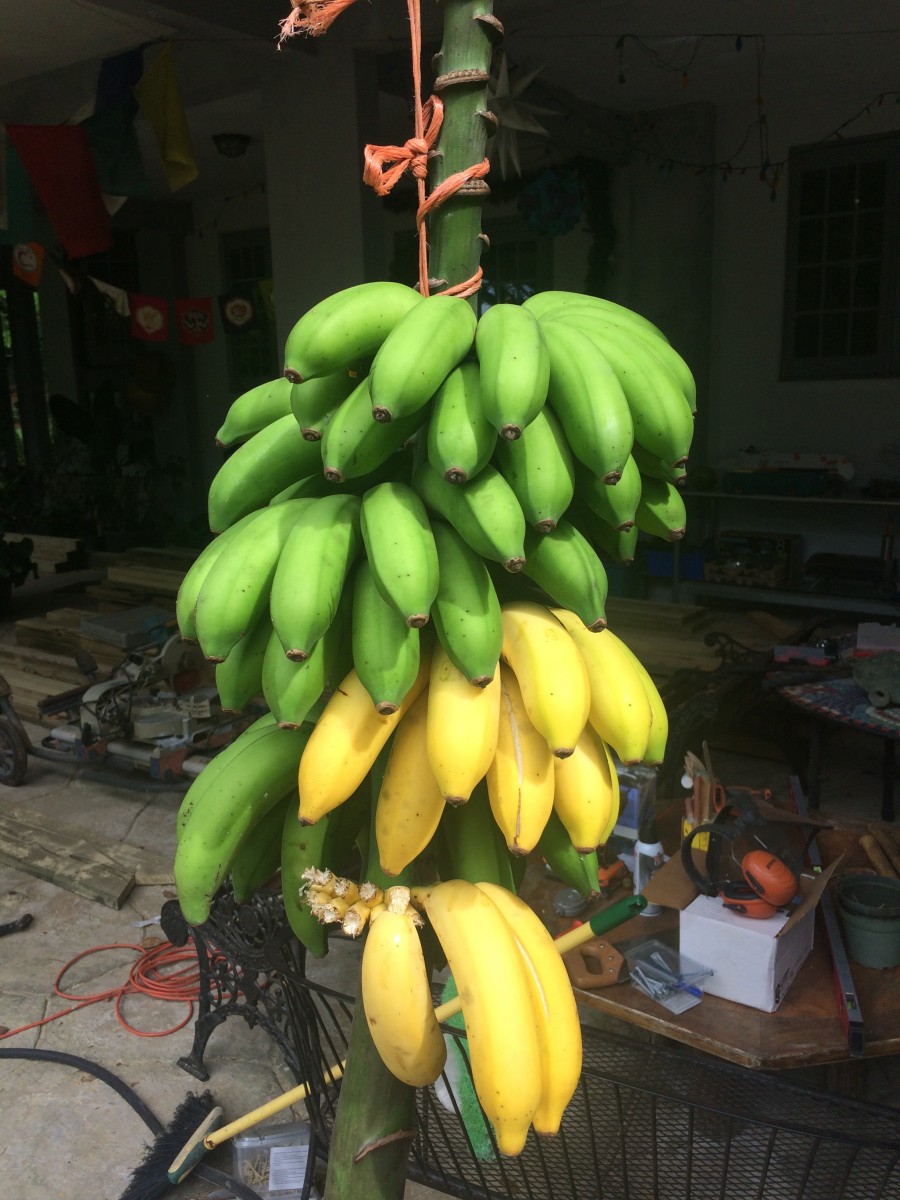 A bunch of apple bananas I harvested hung by the rachis to continue ripening.

It is commonly thought that bananas grow on trees; however this is not exactly the case. Although a banana “tree” can grow up to 20 feet tall, a banana tree isn’t a tree at all; it’s the world’s largest herb. The fruit itself is actually a giant berry, and what is often thought of as the trunk of the tree is just a large modified stem. 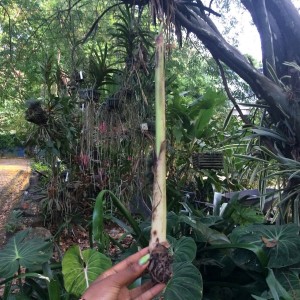 This is the corm of a banana plant. You can tell it is the corm because the sprout is growing vertically from a singular node. 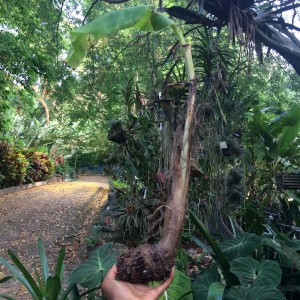 This is the rhizome of a banana plant. You can tell it is the rhizome because the sprout is growing horizontally. This is one node that separated from multiple others for replanting elsewhere.

Banana growth begins in the rhizome. The rhizome is often used interchangeably with the term corm, but in this case they are two different things. The rhizome is the plants true stem. It is what produces the plants root system and clonal plants. A rhizome is characterized by underground horizontal growth. Rhizomes also produce multiple nodes that can be cut apart and replanted to grow new plants.The corm on the other hand grows vertically underground and comes from a singular node.

The psuedostem is the part of the plant that looks like stem but is actually a stem. This enlarged stem is very fleshy and filled with tons of water. It is formed by tightly-packed, overlapping leaves that unravel themselves as the plant grows taller. The psudeostem stops growing once all the leaves have unraveled and the stem of the inflorescence reaches the top. 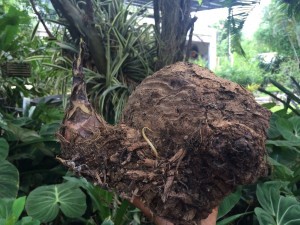 A sucker is a lateral root that develops from the rhizome and close to the “mother” plant. The sucker is basically a clone of “daughter” plant that will replace the parent plant after it has finished fruiting. 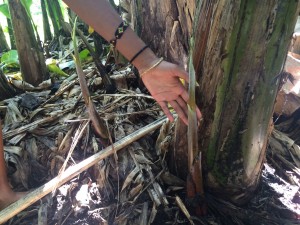 Sword sucker growing from base of banana plant. 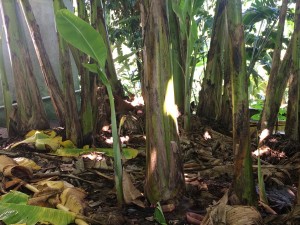 Water sucker growing from base of banana plant. Notice that it is further away from the mother plant as compared to the sword sucker.

There are two kinds of suckers, water suckers and sword suckers. Sword suckers have narrow leaves and a large rhizome. Water suckers look like miniature banana plants. They have broad leaves, small rhizomes, and a weak connection to the mother plant, so they will not develop into strong plants. 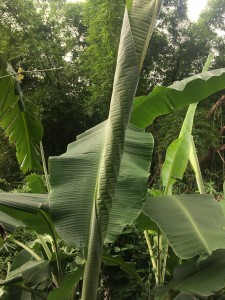 The leaves of the banana plants are its main photosynthetic organs. Each leaf emerges from the center of the psuedostem. Initially the leaf emerges tightly rolled, but unravels as it matures. These tightly rolled leaves have been nicknamed “cigar leaves”. 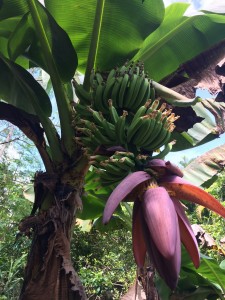 Inflorescence “is a fancy word for a plant’s flowers and the way they arrange themselves while they’re growing” (Koeppel 9). It is the purple alien-like structure hanging from the bottom of the banana bunch on a tree.

First, the female flowers appear; these are the flowers that develop into “hands” of bananas. The ovaries develop into a seedless fruit without being pollinated.

After all the female flowers have fruited, the inflorescence elongates and produces clusters of male flowers within the brackets of the bud. The male bud produces pollen that may or may not be sterile. The presence or absence of the bud can be used to distinguish between cultivars. 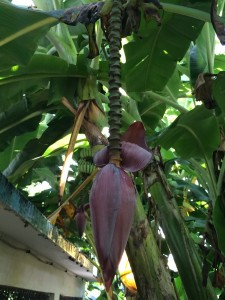 Close up of an banana inflorescence. The “bud” or pod-part holds the male organs. 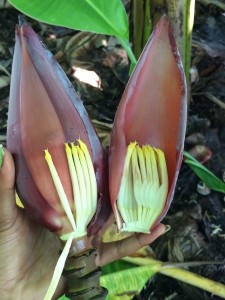 Inside of inflorescence peeled back to show male flowers. 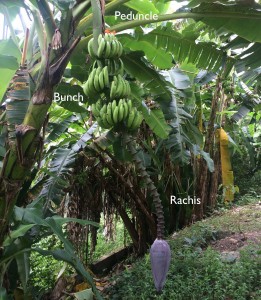 Picture identifying the three parts of the inflorescence.