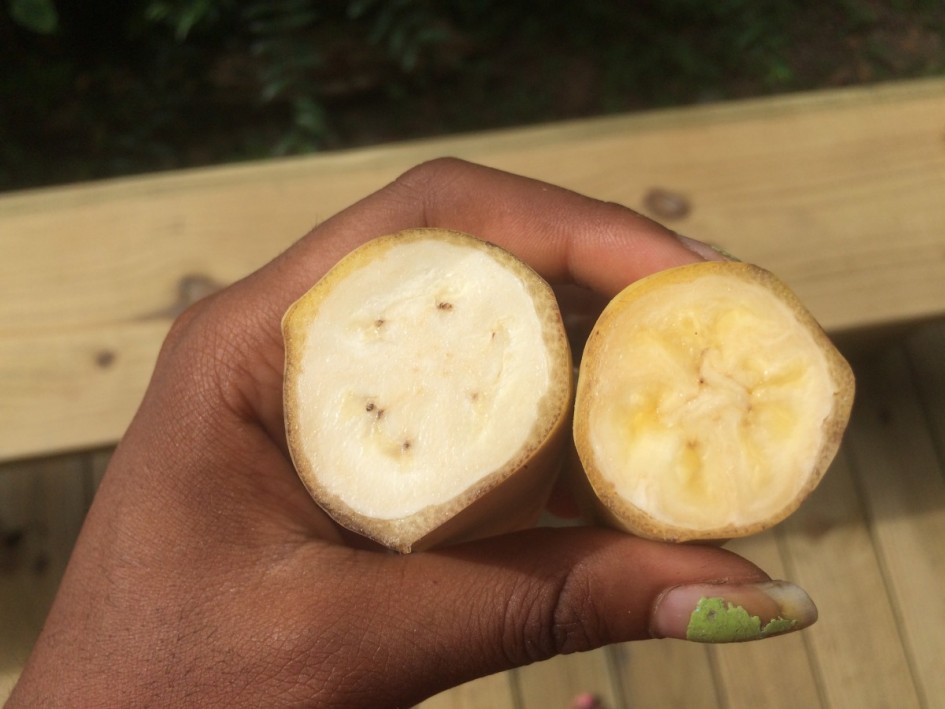 Last week I harvested four bunches of bananas. The two I tasted in this lab were Java Blue and Kru. Both bunches came from trees that had fallen in the banana forest and were picked earlier than usual in order to save the fruit. Nonetheless, after a few days of ripening they were both ready to eat. Java Blue bananas, also known as Ice Cream bananas, are said to have originated anywhere between Southeast Asia and Northern Australia. Kru bananas are a very rare banana plant that is native to the northern region of the island Borneo. 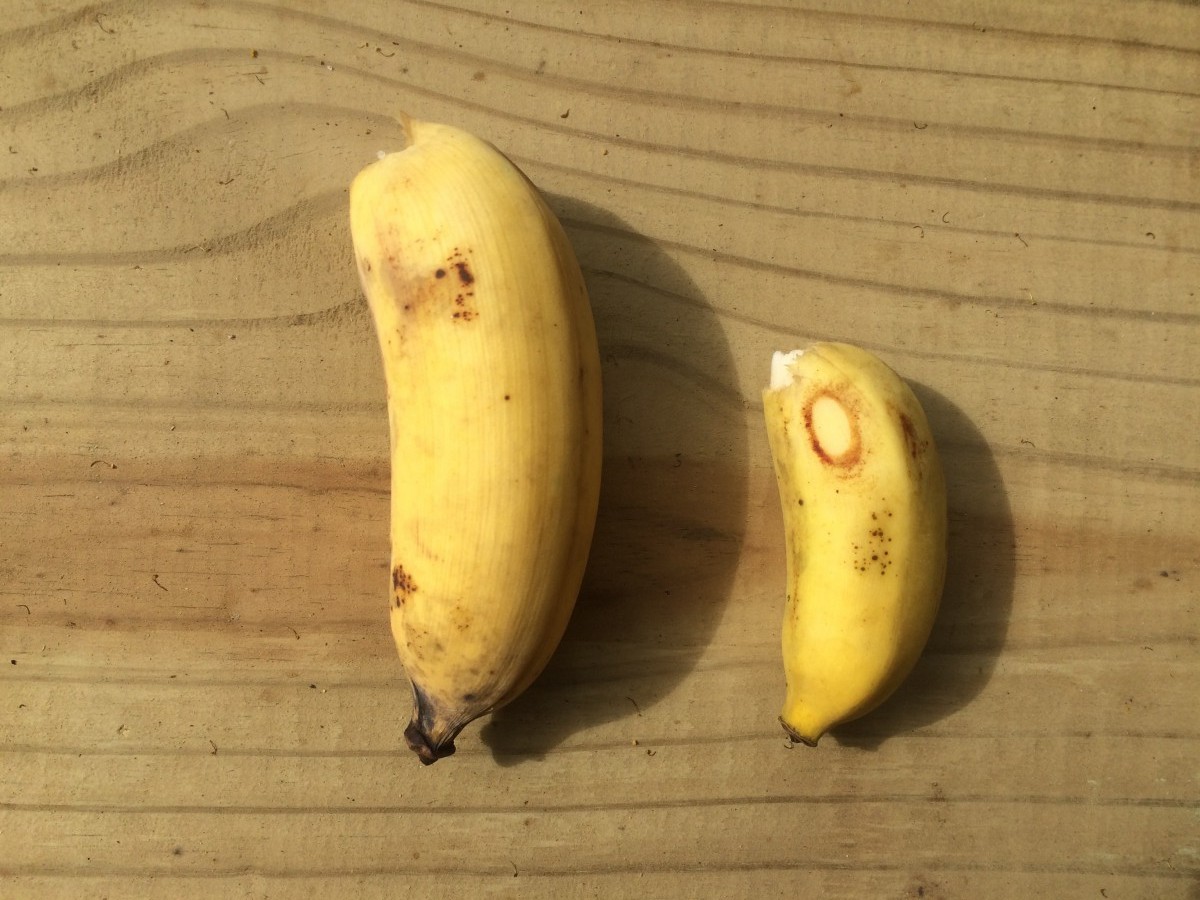 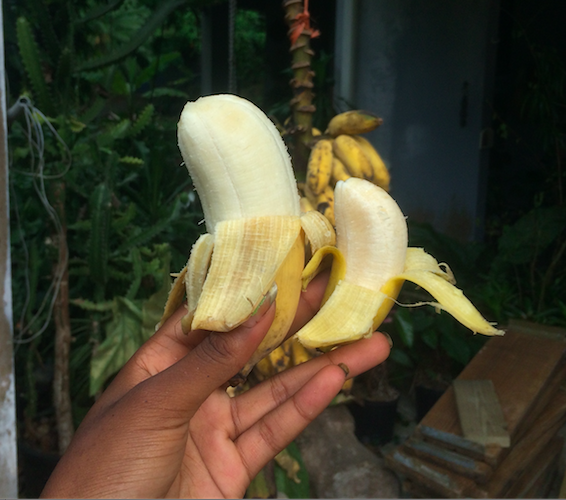