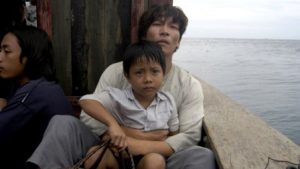 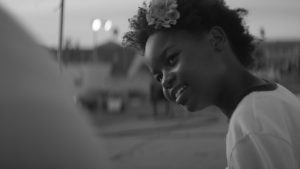 Knowing that both of these films would be extremely depressing, I still watched them. And having seen them in the same week, they’ve had an ability to make strong neural bridges between each other. The one aspect that binds them the most for me are the most heartbreaking parts: the children’s deaths.

When watching these films and others, I put so much hope into the child characters, which isn’t a mistake on the directors’ parts. They intentionally set the story board game with pawns and strategically place them towards “check mate.” Their goal is to leave a fossilized impact on their audience’s memory. And what better way to do that than killing off the focal symbols of joy, innocence and hope? That move definitely works on me.

And it’s even more heartbreaking because these aren’t typical horror films. I can’t just say “It’s okay, it’s just a movie,” and then move on. The horror in these movies is in their depiction of reality. The fact that these fictional accounts reflect actual people’s stories is why they hit so hard. Real people have and still do immigrate through conditions so harsh that they lose loved ones along the way. So many real people lose siblings and parents and friends to racial violence. Their lives are not just movies that can be viewed and then walked out of.

These films wrench deeply at raw emotion, doing an impactful job at capturing feelings of loss. It’s as if I was there with the characters, as if Tam and Kamilla were torn away from me too. I was put in their loved one’s shoes. I admit that I am both awestruck and angry at these filmmakers, having fallen into their trap of manipulation so easily. And yet, so grateful to have seen deeper into experiences of many that are more foreign to me.

Along with loss and pain, the forced coming of age that trauma causes, I noticed additional themes in both films that align with our program: intergenerational trauma and generational difference, family ties through blood and friendship, sibling relationships, parental figures, racial barriers, war, survival, sacrifice, healing and coping mechanisms (such as music and dance), the American Dream (the reach for it or the rejection of it), cultural dichotomies, class difference, and I’m sure many more.