Just listened to this 99% invisible episode about the life and work of sculptor Isamu Noguchi.

Noguchi was born in America to a white mother and Japanese father he spent some of his childhood in Japan but was bullied because of his blue eyes. He returned to America to live in New York as a teenager and begun his work as a sculptor with dreams of designing abstract playgrounds intended to stir the imagination of children.

Almost none of his playgrounds were designed in his lifetime but his ideas have stretched farther than he could imagine in the world of architecture.

During World War 2 Noguchi teamed up with United States Commissioner of Indian Affairs John Collier to design the Poston concentration camp. The idea was to make the camp a utopian village that would bring the internees together for an idillic life while they awaited the end of the war.

Noguchi himself went to the Poston camp (even though he was not required to) to supervise the construction of his vision.  But when he arrived he found himself imprisoned with none of his designs being followed. 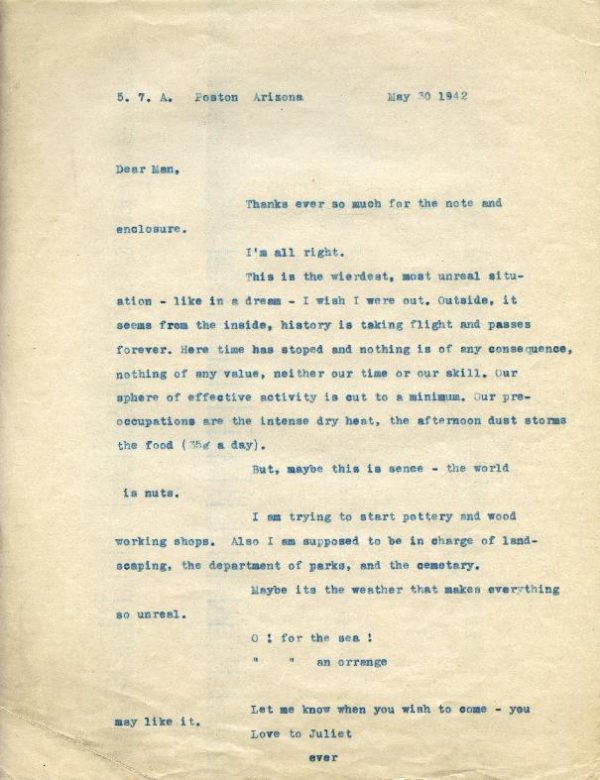 When he got out he continued to design playgrounds that no one would build.

He is most famous for the Noguchi coffee table which appears in many movies.

Just before he died he combined many of his playground designs into a giant park that now exists in Sapporo, Japan as Moerenuma Park. He never lived to see it built.

3 thoughts on “D&R Play Mountain: a radio documentary about the work of Isamu Noguchi”