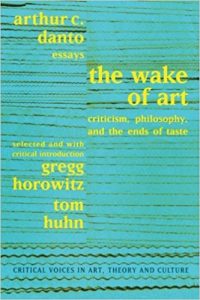 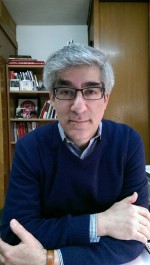 of Philosophy at Pratt. He writes on aesthetics, the philosophy of art, theories of art history, psychoanalysis, and political theory. His publications include the books Sustaining Loss: Art and Mournful Life (Stanford, 2001) and The Wake of Art: Philosophy, Criticism and the Ends of Taste (Routledge, 1998, with Arthur C. Danto and Tom Huhn) and articles on “Robert Pippin’s After the Beautiful: Hegel and the Philosophy of Pictorial Modernism” (Platypus Review, 2014).“Tradition” (Art Bulletin, 2013), “A Made-to-Order Witness: Women’s Knowledge in Vertigo” in Katalin Makkai, ed., Vertigo: Philosophers on Film (Routledge, January 2013), and “The Homeopathic Image, or, Trauma, Intimacy and Poetry,” (Critical Horizons, 2010). He is also a past Fellow of the American Academy in Berlin.