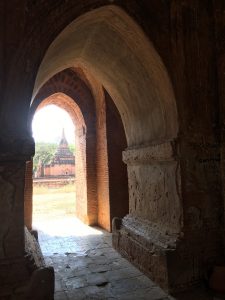 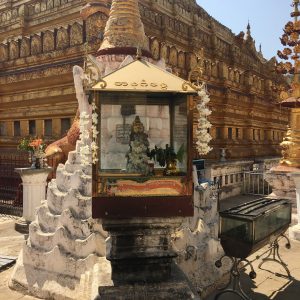 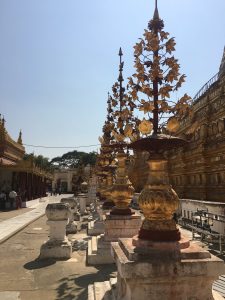 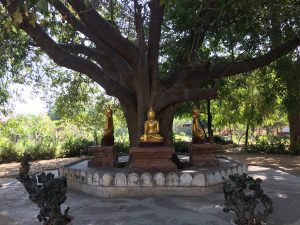 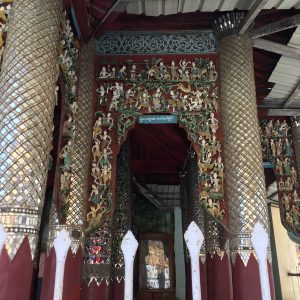 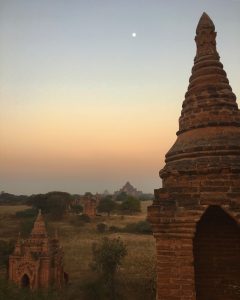 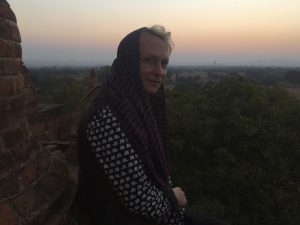 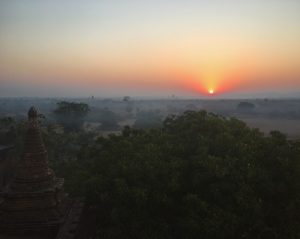 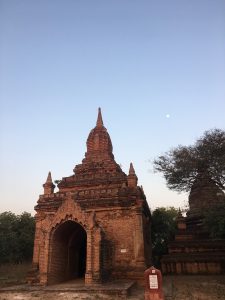 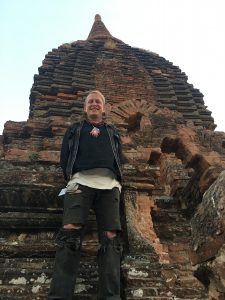 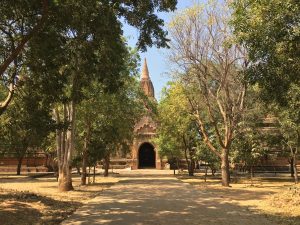 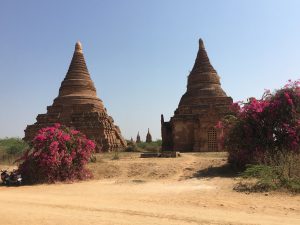 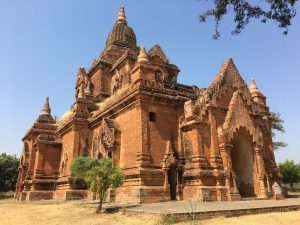 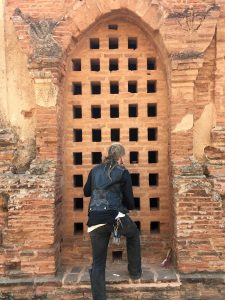 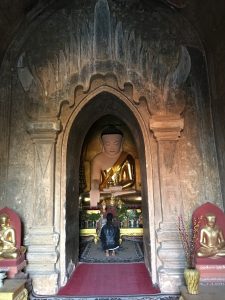 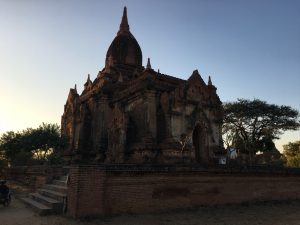 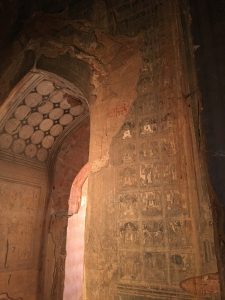 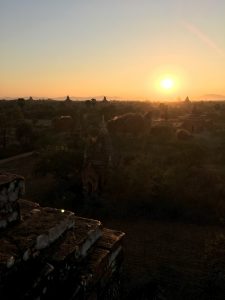 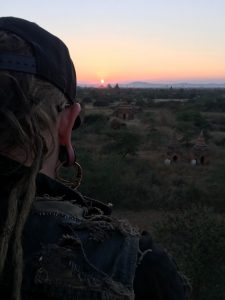 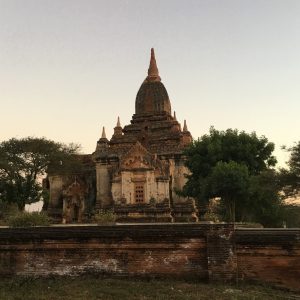 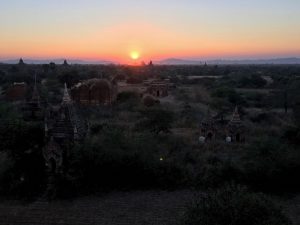 The Archeological Zone of Bagan is a collection of temples (stupas, mostly) covering a twenty six square mile area in northern Myanmar. Somewhere around 13,000 temples covered this zone, built between the 11th and 13th century. The kingdom itself began in around the 9th century, when King Anawrahta brought a wave of Theravada Buddhism to the region and ordered the construction of these temples to honor it. The 30,000 Mon prisoners he took after winning a war with them were the main constructors, as they had brought the ideas of Theravada Buddhism to Bagan with them. His successor continued the frenzy of religious building as the kingdom continued its golden age of wealth and prosperity. Sadly all of this brought about the fall of the area, as the often drought ridden land was taxed beyond repair from the clearing of wood & vegetation and use of limited water. The desperate attempts of the next rulers to avoid mongol invasion included knocking down some of their own temples to reinforce the city’s barricades, however the area was taken. Between earthquakes, invasions, floods, and general neglect, many of the structures have had repair. Around 2200-3000 pagodas & stupas remain.
Some pagodas contain images and relics of Buddha, some small and some massive, as well as relief carvings on the outer and inner walls. Almost all the remaining structures are made of brick, many covered in stucco.
The pagodas and temples appear to bare quite little resemblance to the other great wonder of the region – Angkor Wat. Although I haven’t gone there yet, photos show a huge difference in style, structure, artwork, and intricacy. The Bagan structures are more plentiful yet simple. And while Angkor Wat has been preserved from any additional modern structures being built, and has had much interest and funds from French and German organizations to restore the gem to its original form, Bagan has has been marred by a hideous modern watchtower, built in 2003, and has had “repairs” by Myanmar that are mismatched from original materials and styles, leading it to be rejected from the UNESCO world heritage list. However, it’s beauty cannot be denied, and it truly is an astounding place of tranquility and relatively few tourists.

The Ancient Burmese City of Bagan Struggles for International Recognition