Colaptes auratus – named by Linnaeus in 1758

In West Seattle, we have a plethora of interesting birds, many of which I’m already familiar with. The flickers came as a surprise – it was a call I didn’t recognize, then a figure, then a whole animal. As my fondness grew for them, my frustration at how they are treated as pests, even placed into a caste system of least favourable by observers and neighbors. As the weeks drew down and the pair mated, they were either moved or cast out by property owners. I still hear them, but sadly no brood has been seen after mating.

Here is an account of a citizen’s actions towards a flicker in the area from 2008. 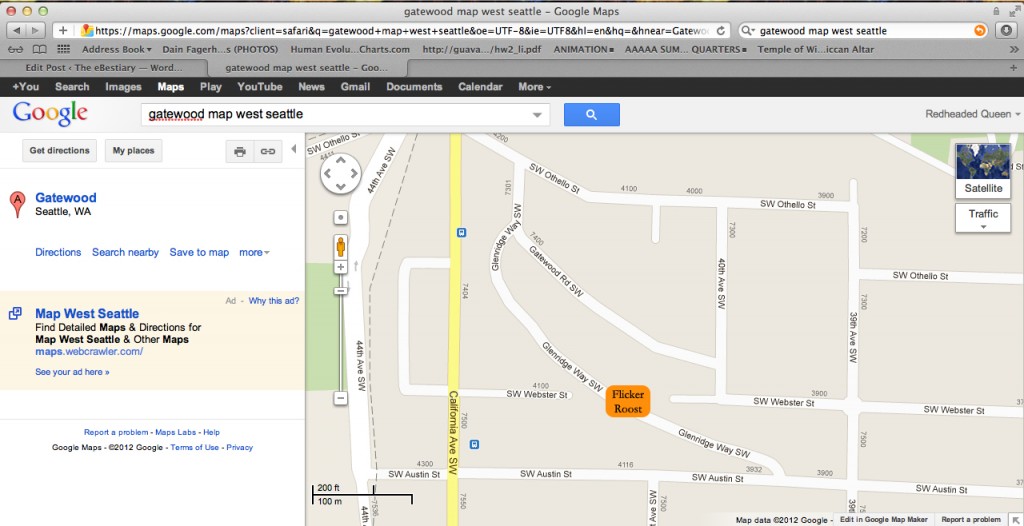 The spot to observe was serendipitously chosen by my six-year-old son. We have a trail we walk down each week on our way to a family obligation. We were talking about animals I could cover – tarantula, sea horse, spitting cobra; all his favourites I sadly had to explain why I turned them down, which was proximity and convenience. (I would have LOVED to observe a spitting cobra!) Then we noticed the flickers. He began asking what the bird that was calling at that moment was, and said I didn’t know. Then I saw it and recognized the bib and spots. Somewhere in my pre-teen years I practically memorized the Peterson’s Guide to Eastern Birds, and identified it as a flicker. Only, it was red, not yellow-winged. I knew it was the right fit, so I agreed to observe those and we both left happy.

In the mornings not at school and before work I would venture down to the spot. Having now recognized the call from some audio recordings and beginning to find them on the internet, I could tell they were the birds waking up at around 7:30 am and winding down around 4:30pm. Seeing them over the weeks became increasingly impossible. Getting permission to have more direct observation of their roost was nil, and while some neighbors liked them, many did not and were aggressively trying to dissuade the flickers from roosting. In the end, we can still hear them, but not as much, and the breeding roost has appeared empty.

Here are a set of observational notes from Week 3 and Week 5: 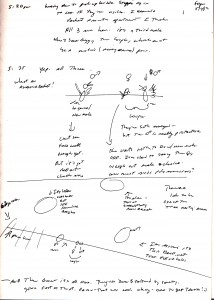 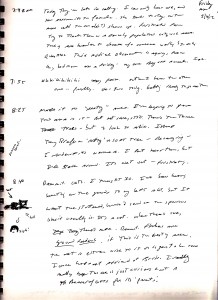 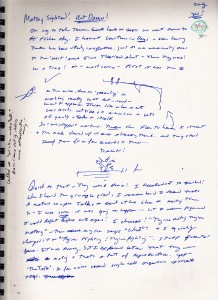 Flickers, themselves, aren’t a huge part of folklore. If you look up woodpecker, though, there’s plenty. I wanted to find at least one and that’s pretty much as far as it got. Funny thing is, it’s a pertinent part of Lenape history, indigenous to the area near which I was born.

Later, I found this stamp:

My father is Hungarian and we are Maygar, so I was very excited to see this and discover there was a deeper connection to this type of flicker.

The following are photos of this particular subspecies: 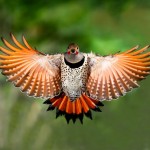 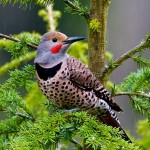 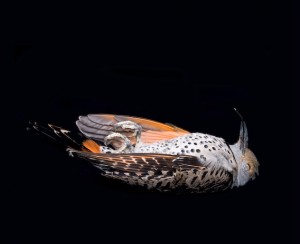 Red-shafted flickers have a gray face, brown head (crown), with red cheeks, or mustache, on the males. Yellow-shafted forms have tan faces and gray crowns, and a red crescent on the nape. Males have a black mustache stripe.

It’s the flight-feather and tail shafts that determine East (yellow – covering Texas and the Great Plains) from West (red – rest of the Continental West) – but there is a bit of hybridization taxonomists are working to separate out. They believe it’s in the mtDNA where the key lies in the alleles that differentiates colour, even when direct cross-breeding is rare.

Surprisingly, ants – or ant larvae – make up approximately 45% of the flicker’s diet. They also eat berries, fruits, seeds and nuts, but insects are where it’s at. Since ants burrow underground, flickers forage on the ground, and may be flushed out of brushy areas by accident if you’re walking about in a clear patch by the edge of the woods.

Letting him know she’s your mate, not his.

It’s your nest, not his.

It’s your tree, not his.

The swaying bough is moving them.

Heads bob harder and then comes the

Get the to a nunnery, boy-o.

A pair of stiff males

suits on a sidewalk

Caught off guard one got the job

Still. You both keep still.

You have her underwear in your suitcase

A gift. He looks at you. Through you, he walks.

He nods, the gentleman’s nod of good day to you.

She’s not your mate, but his.

It’s not your tree he will push you from. Soon.

I reeked of craving.

The tan line move in and out of other rings.

Yet he wore the cinnamon patch, stitched glyph, almost proudly.

Writhing, I did my best to not damage the roost.

In Yiddish I avoided what is cursed under breath,

Once, like him, I was the Red Wing of my marsh.

When I was exhausted from that life, I begged for the

Singleness of purpose of Flicker mates, never seeking unless

One passes on, and even then, not often.

The widow-watcher looks at me from the empty cup

Encased in the peat-smelling, rotting twist only seven feet above me.

There is no space.

We are both one half of a lost pair.

Around me, he calls weetaweetaweeta as if his brood were still there

From the years before, as if she was still there

From the years before, as if their tree was still there –

Now it’s just a tree with a hole in it.

He looks at me as I watch him.

He looks, I watch, then we switch

Me trying to figure out if he’ll flutter and fly if I get closer.

He trying to figure out if I can fit in the tree. 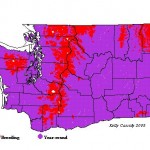 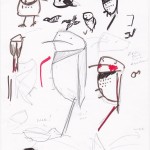 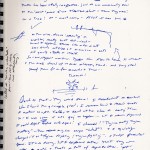 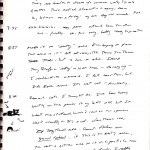 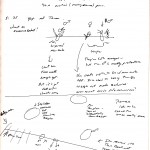 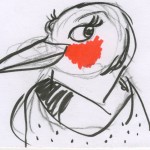 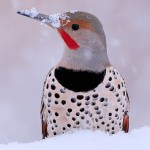 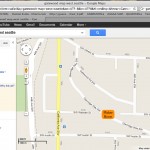 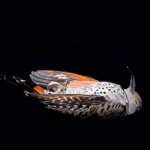 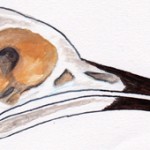 Burrow
Noun. A hole or tunnel dug by a small animal, esp. a rabbit, as a dwelling The New Oxford American Dictionary The Essential Hamster
Brood
Noun. A family of offspring; the number of young hatched/produced at one time. Found while researching the Natural history of my animal.