“For in them there is a note of wild laughter and tall tales… and of joyous, anarchic liberty which, in the long run, may turn out to be more American than any eagle’s pomp”
–    From Raccoons and Eagles by Polly Redford

Introduction: Raccoon raccoon raccoon. I thought I’d be able to observe these guys really easily on campus but they were suddenly elusive this quarter. This however, proved to be more exciting. I grew to hate, revere, mimic, idolize and completely construe the concept of “raccoon” for myself. 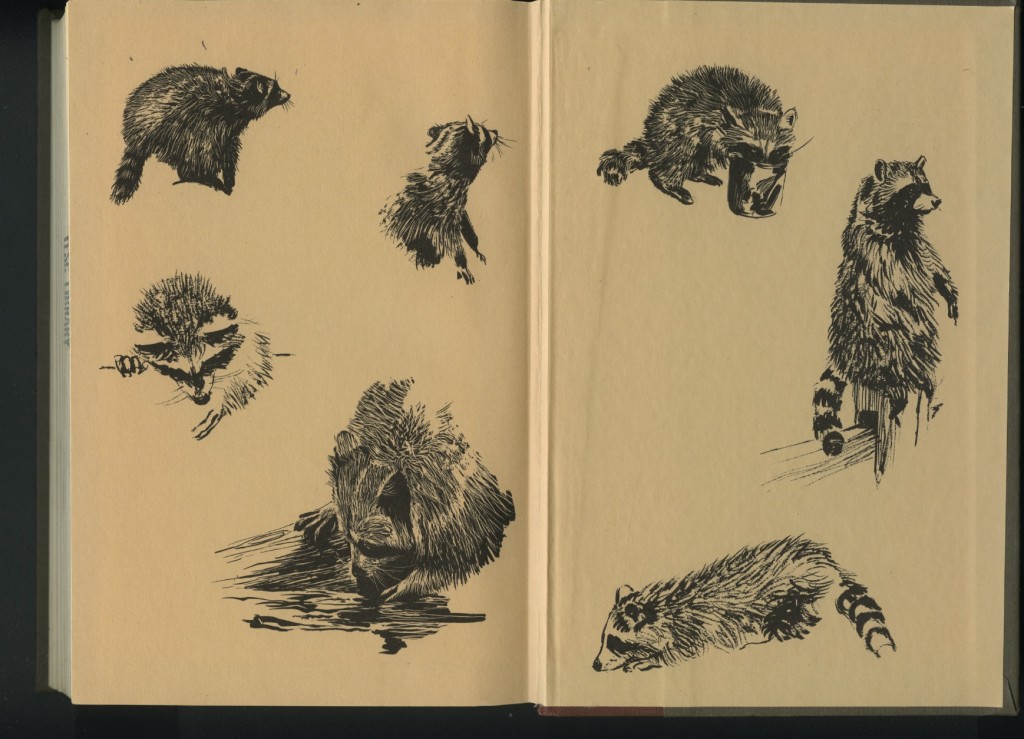 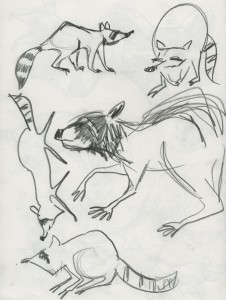 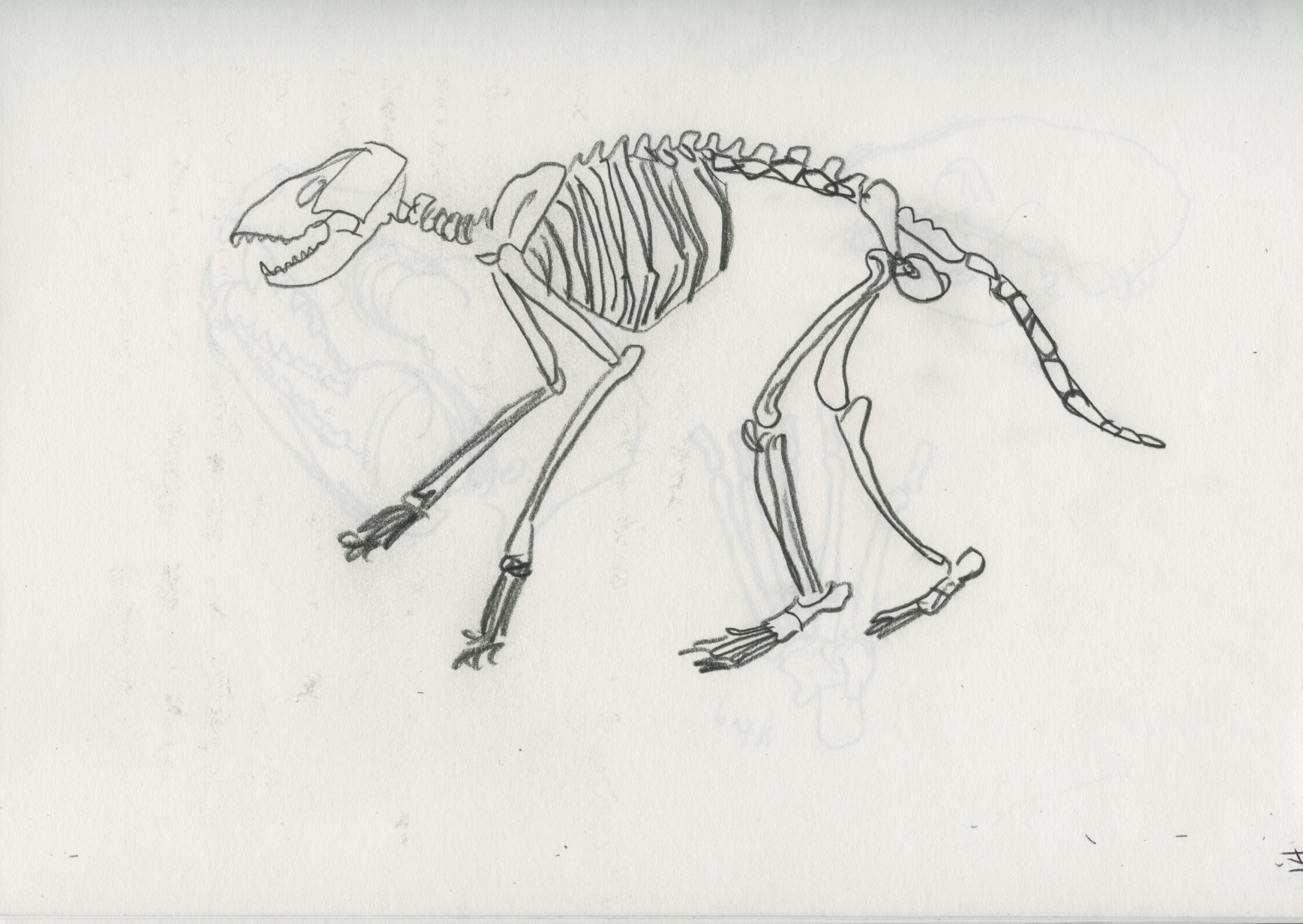 Let me paint you a picture of the noble raccoon (with words):

Raccoons have curious looking faces- their iconic black mask-like markings around their eyes- their large black eyes with undetectable pupils- their black noses.

Their fur has two layers- the coarse outer layer, and a softer, finer under layer that makes up 90% of their fur.

Their front paws do a lot of work for not having opposable thumbs. They actually use two of their outer toes together to the same effect as one obbosable thumb. Their back legs are for climbing and the tail is for balance.

Raccoons have a highly developed and acute sense of touch, unlike most mammals. They are constantly moving their hands, feeling everything around them. When they “wash” their food, it is not really to clean it, but to feel it and mash it up before eating it.

Raccoons gestate for 60 days and bear 4 to 8 young. After mating season (March- April) they crawl into their dens and hibernate.
Without all the dangers humans present for raccoons when they live in the wild, they can live for up to 13 years. But in the wild, their average lifespan is 3-4 years. 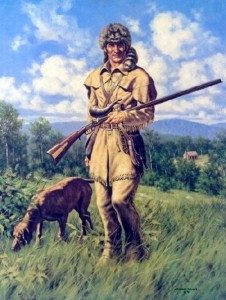 An all American History of the Raccoon

Raccoons first appeared in print in 1612 when John Smith observed them for the first time. He adopted the Native American name for it, arakun, which means “he who scratches with his hands”. Arakun became raccoon.
Their current name, procyon lotor comes from the 1770s. Lotor means “washing”.

The Oklahoma Caddo have a cautionary legend about death where, along the path there are many distractions meant to tempt you and impede you and test you. One of these is a persimmon grove, and if you were greedy in your lifetime and wanted everything that didn’t belong to you, your soul will become a raccoon and wander the in the persimmon grove forever.

Most Native American legends about raccoon describe some trickery he commits resulting in his acquiring the rings on his tail and the mask-like marking on his face as punishment.
Micmac legend about raccoon 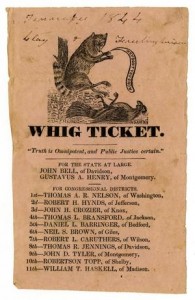 Raccoons were the symbol of the Whig party back in the 1830s and 40s. The raccoon was symbolic of frontiersmen and was probably adopted in 1840 for a campaign that falsely portrayed their candidate as a rustic frontiersman. They should have done their research on the symbolism of raccoons as tricksters.

Oh How Very Un-American This Cultural History Is!

In Japanese culture, their raccoons are shape-shifting tricksters with amusingly pliable and multipurpose scrotum that they can use to catch fish and birds, as hats and tents, as weights and boats and weapons, with apparently no damage to their bodies. 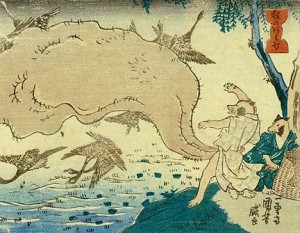 Click Here To See The One And Only Magical Multicolored Morphing Coon! LIVE In Real Time, Full Color- THIS Is The Real Deal Folks, Step Right This Way- A Once In A Lifetime Experience! Bring The Kids- Impress Your Friends!

10:00- I have decided to to look in the forest for raccoons, since my luck has run out again in their more urban environment. The next page shows the route I will take in the woods. 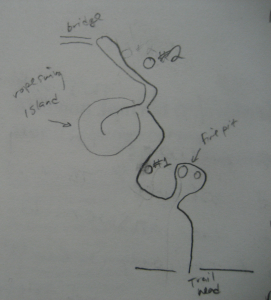 10:10- I’m leaving now.
10:16- I’ve reached the fire pit area of my map. There are no raccoons here. I’m sitting on a log. It isn’t raining but it’s a little cold. The trees look like they have arms. I have serious depth perception issues at night. This is the perfect environment for a medium sized mammal with brown fur. Every sound I hear makes me excited- I look up expecting a raccoon. The ground is a little muddy under my feet but there are no raccoon prints in it under my flashlight. The air has only a few scents on it: distant smoke, an occasional wiff of pine and the smell of the dirt. I’m aware of the moss on the trees around me, and the millions of bugs in the rotting trees and in the ground under my feet. I can’t see them, but I know they’re there. Like the stars. And the raccoons.
10:33- Still no raccoons. I’ve moved on along the path. I’m sitting in some ferns now. The idea is that I’m off the path now and if I sit still and quietly enough, I’ll become part of nature. I’m going to turn off my light and be silent now and soak it in and see how long I can put up with it.
10:47- That felt like eternity. I thought I was gone, or at least it didn’t matter at all that I was here. Is this what raccoons feel? Do they know about loneliness and solitude? No one but a raccoon could answer me that question. I know raccoons travel in groups but I’ve also seen them alone. I always give them a lot of intellectual credit for some reason, maybe because of the way they look at me. 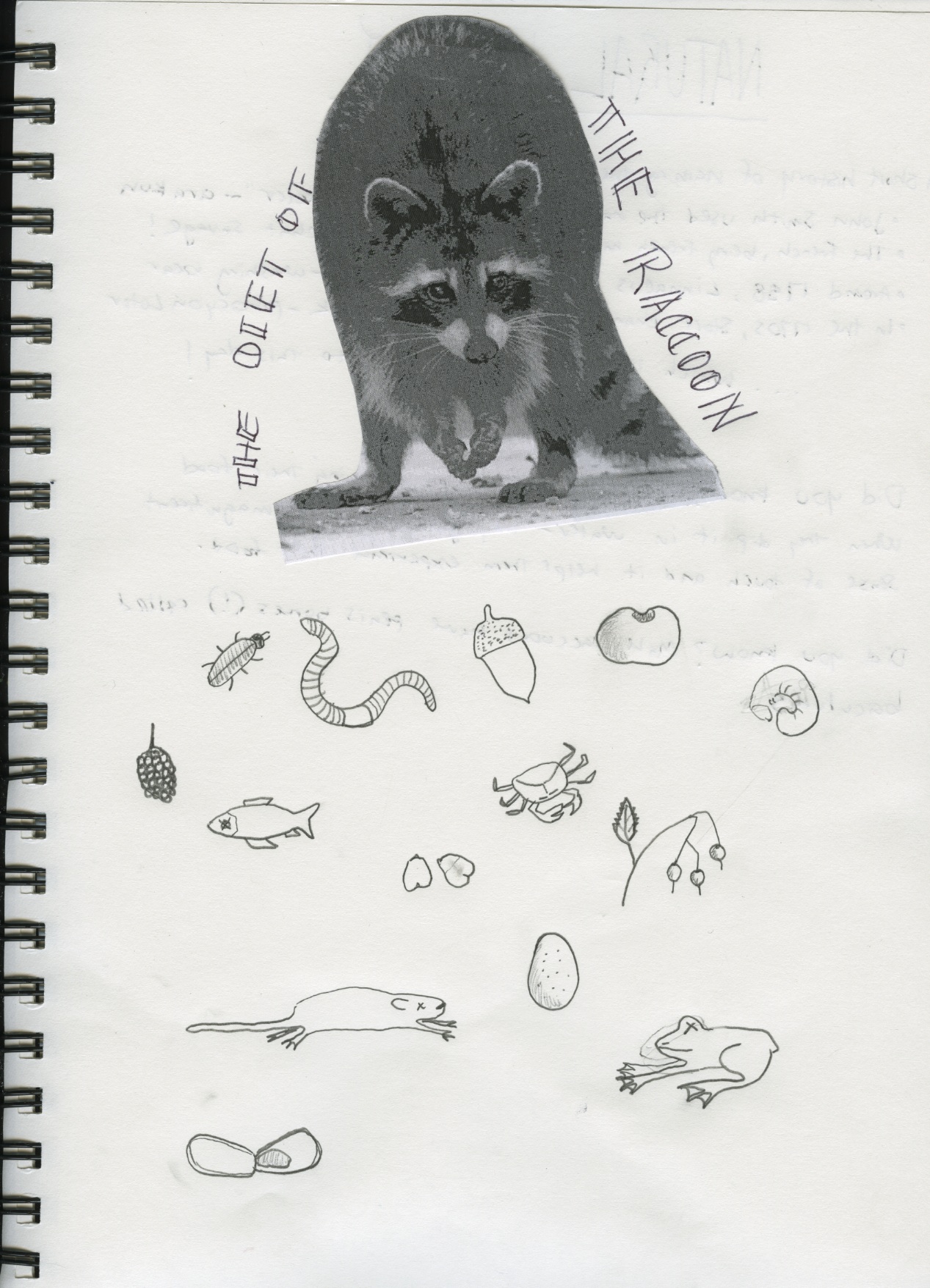 The diet of procyon lotor (omnivorous)

How black is your black night, raccoon?
Black as the fire going out
Black as the gutted fish on the rock
As the empty eye hole of the river
And the ancient cave bear’s mouth
As black as the oily hunter’s pate inside his coonskin cap
As the barrel of Annie Oakley’s gun
As black as any cowboy’s iron skillet
And his shoe polish too

Domination of
Humiliation of
Violation of

One thought on “Racoon”