Moss is something we often overlook. To the untrained eye, moss is nothing but a furry, blurry, juvenile mess plaguing the trees and ground around us. Neglected due to the lack of personality and forgotten due to our own callowness. We completely disregard the wonders of this amazing species. Would the sense of normalcy go unaffected if the image of moss were to disappear?

Moss, this primitive species has kept itself alive, even with the decaying air quality, rising environmental issues, and lack of human acknowledgement or care, through some pretty impressive means. Being so unique in structure has enabled them to develop different designs for themselves. Although, these designs are all created to achieve that one crowning goal- survival, and the most efficient survival to say the least.

Evolved to fit whatever said habitat; Moss have included necessary components into their makeup. They’ve had to ensure that the damage from desiccation and /or rehydration was limited to a minimum, maintained cellular integrity in desiccated state, and also activate or mobilize repair mechanisms upon rehydration. As non-vascular plants, they don’t have specialized conductive tissues so they take moisture in directly through their cell walls. The method or the structure of the said moss type weigh heavy on how much moisture the moss can hold, but also for how long they can hold onto it.

Acclimation means the physical change that adjusts to new conditions. Moss are very susceptible to changing along with the atmosphere around them. “Depending on the relative humidity of air this can be a slow or rapid progression to equilibrium and dryness; the higher the humidity the slower the drying rate”, prior dehydration and temperature, all have an effort on the ability of desiccation”.

Although moss isn’t what most people recognize as aesthetically pleasing, there is a beauty hidden within this furry, blurry, mossy moss. The trick is looking close enough to see it. 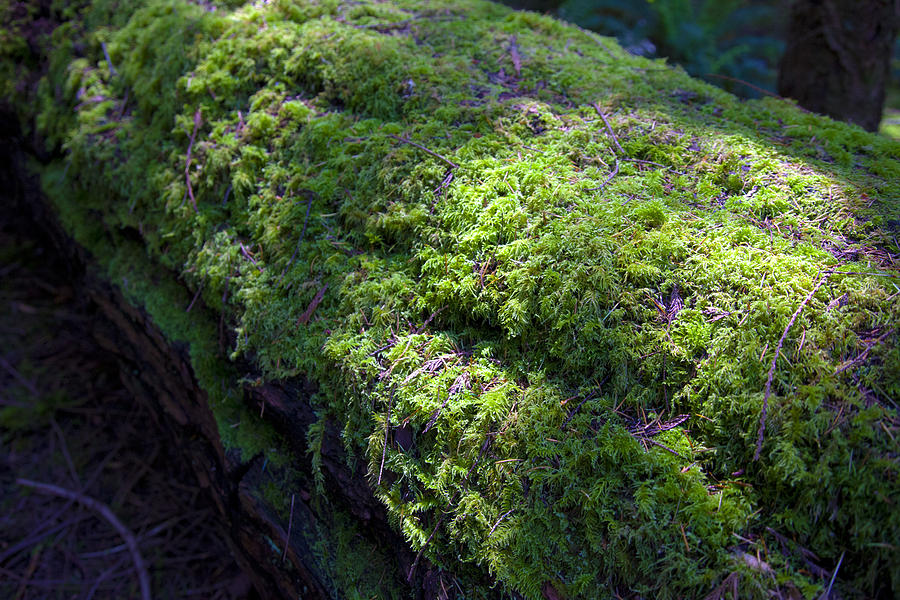 No, really they are.

In this article, we are going to be talking about the physics of how exactly mosses are like sponges. Mind-blowing, right?

Mosses are a part of a plant group called bryophytes that include other plants like liverworts and hornworts. Bryophytes are an early plant group on the evolutionary tree of plants and they work a bit differently than the complex flowering plants that dominate the plant world today.

Plants are believed to have come from a freshwater origin, and when they first colonized land their first concern would have been developing mechanisms that would help them survive without having a water constantly surrounding them.1   Bryophytes give us a peek into how plants first started this evolutionary process.

So moving onto land wasn’t as easy as it sounds. There was an extremely high risk of plants dying out due to drying out or what’s called desiccation. Many modern day plants especially flowering plants developed a nifty system to help transport water throughout their entire body but plants didn’t just have this feature from the start.2 Bryophytes don’t have this feature but fear not, they had their own trick up their sleeve.

Ok, so it’s not actually as extreme as it sounds. Evolution isn’t really a contest to see who’s better or not. Just because mosses are considered to have “primitive” features doesn’t mean that vascular plants, which have a more complex structure, are better at surviving. So really we’re just going to examine the differences between desiccation tolerance and desiccation avoidance.

Bryophytes ,on the other hand, are desiccation tolerant which means that they have mechanisms that help them survive through desiccation.3 These plants run headlong into desiccation and endure it. Moss are boss!

So desiccation tolerance is cool and all but how do they do it? Well, I’m pretty sure, I mentioned a sponge analogy earlier and that seems like a pretty good place to start. When you leave a sponge out, it gets really dry and hard. But once you add some water it becomes larger, squishy and wet. If you leave the sponge out again, it will again return to a dry and hard state. That’s how moss works. Generally. But to understand how this works mechanically, we gotta use physics.

BUT WHAT DOES PHYSICS HAVE TO DO WITH ANYTHING?

If this is new knowledge to you, here’s a quick crash course if you want further information on the physical properties of water.

Because of its ability to quickly re-hydrate after a period of desiccation, moss has been referred to as a type of “resurrection plant”. There has even been talk of scientists using this unique feature in order to create crops that can withstand dry periods.

MOSS BUDDIES: THE COOL CRITTERS THAT LIVE IN MOSS

By the way, did you know that mosses and other bryophytes aren’t the only ones that are desiccation tolerant! It just so happens that some cute microscopic critters that live in moss are also in on the fun. And one of these critters is called a rotifer! Rotifers collect food from the water that that is being uptaken by the moss and even more interesting is that when the moss go through dry periods, the rotifers are inactive! This is known as cryptobiosis which refers to the state of an organism when it shows no visible sign of life. This means the rotifer’s productivity correlates with the productivity of the moss!5 For information on this, there’s a link below.

SO WHY DOES IT MATTER?

So mosses are like sponges. But what does this have to do with anything? The physics of how desiccation in moss works is useful because then we can understand the mechanics of what we are seeing and also have a better understanding of the physiology of mosses. 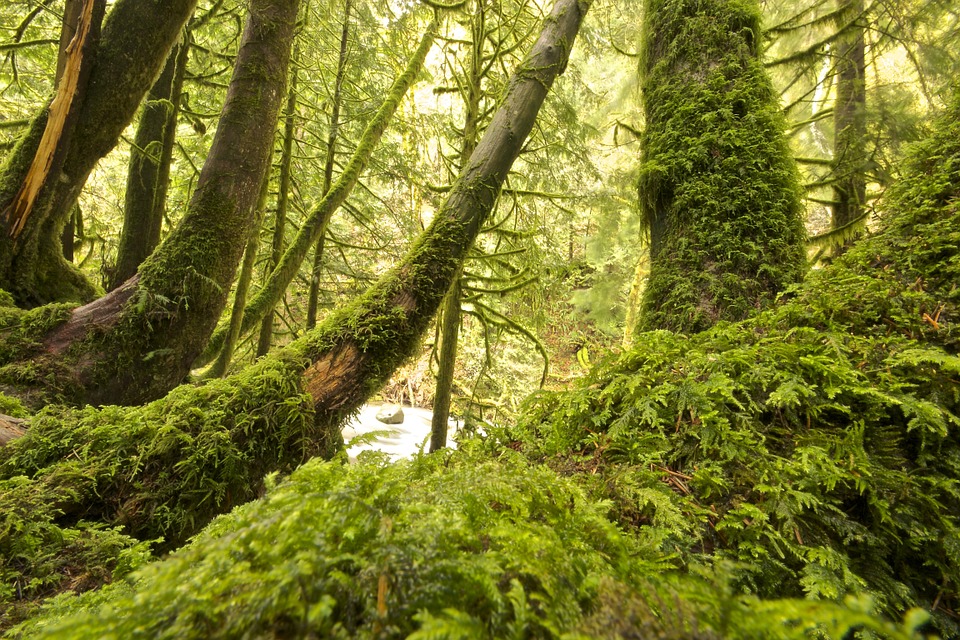 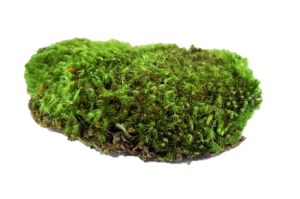 All Organisms Evolved to be As Lazy as Possible

Most organisms will evolve to use the least amount of energy necessary. In other words, if an organism doesn’t need to do something to survive, it probably won’t. (Same…)

Due to natural selection, most species fulfill some sort of niche in which they can thrive without competition (or at least with as minimal competition as possible – every species encounters competition, as resources like space, water, nutrients, and sunlight are constantly limiting factors in population growth).

All the factors that contribute to evolution has produced a vast and diverse pool of species that can be traced back to a common ancestor. The phylogeny of living organisms has been studied thoroughly, and the tree of life produced shows the relationship between them: 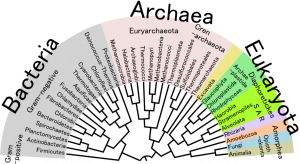 One of the ways in which the vastly broad categories of kingdoms (such as plants, animals, and fungi) are split up is by phylum. The kingdom of Plantae includes such phyla as Pteridophyta, Coniferophyta, Lycopodiophyta, etc. One of the most notable phyla is the Bryophyte phylum, which includes mosses, hornworts, and liverworts.1 Bryophytes are one of the most primitive phyla, being the first plants to colonize land. They are closely related to green algae (or charophytes), which is considered to be a common ancestor to all plants. In fact, the earliest moss fossil known to us is dated to be 320 million years old.

All Vascular Plants Have Mosses to Thank

Indirectly, of course: the phylum to which mosses belong bridges the gap between aquatic green algae and vascular land plants. Mosses are like distant cousins of the vascular phyla.

In general, byrophytes are low-growing, spongy, and prefer moist environments. There are a few distinguishing characteristics of bryophytes:

*Mosses don’t just like to grow in moist environments because they are thirsty. They also need it to reproduce. Water droplets spread the motile sperm on the antheridium to the egg inside the archegonia.3

Mosses in the wild often go overlooked when compared to more flashy plants. However, they are an important contributor to the stability of almost all the ecosystems in the world.2

Mosses are built to last. Their evolutionary traits allow them to thrive in almost any environment, so long as there is water that is easily accessible. One of the qualities they employ is their ability to survive arid conditions. If one were to go into the woods of the Pacific Northwest on a sunny day in the summer, the mosses would probably look shriveled up and dead. However, these mosses will likely bounce back when it inevitably rains again – this is called desiccation tolerance.

As stated before, the Bryophyte phylum consists of liverworts, mosses, and hornworts. So how are these groups different?

Most of the differences are in morphology. All three groups have the same defining qualities of bryophytes.