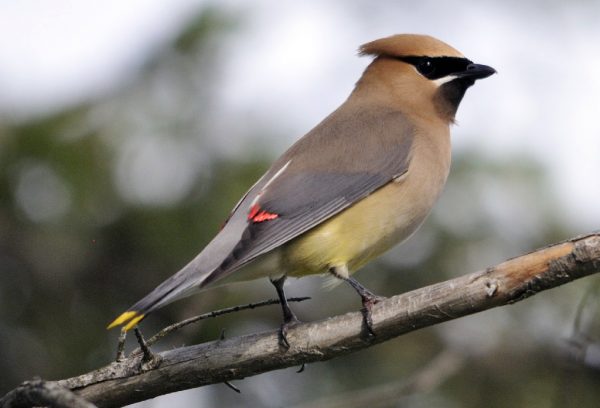 Order: Anseriformes Family: Anatidae Genus: Bucephala Species: Bucephala clanngula Introduction The common Goldeneye is a bird of the diving duck family. The appearance of the male differs quite noticeably from the female. The male has a teal green head with a large white… END_OF_DOCUMENT_TOKEN_TO_BE_REPLACED

What is that giant duck sitting out there in the water? That’s no duck, it’s a Common Loon, probably. 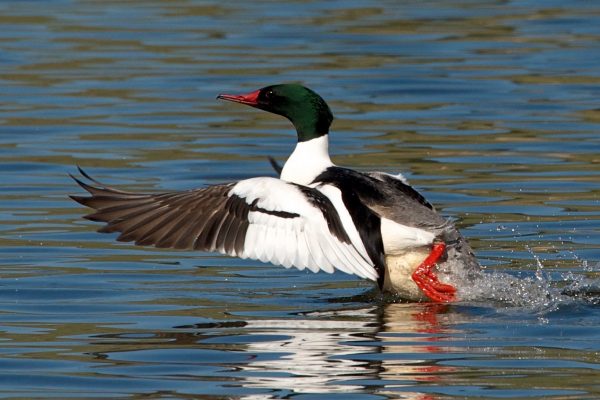 Order: Anseriformes Family: Anatidae Genus: Mergus Species: Mergus merganser Introduction The Common Merganser (Mergus merganser) is a medium-large bodied piscivorous duck of forested rivers and lakes throughout the northern hemisphere. There are 3 subspecies found throughout its range, each with slight plumage and… END_OF_DOCUMENT_TOKEN_TO_BE_REPLACED

Order: Passeriformes Family: Corvidae Genus: Corvus Species: Corvus corax Introduction Corvus corax,otherwise known as the Common Raven, is extremely prominent ecologically, geographically, and even culturally all around the world in a variety of different biomes. It is covered completely with… END_OF_DOCUMENT_TOKEN_TO_BE_REPLACED 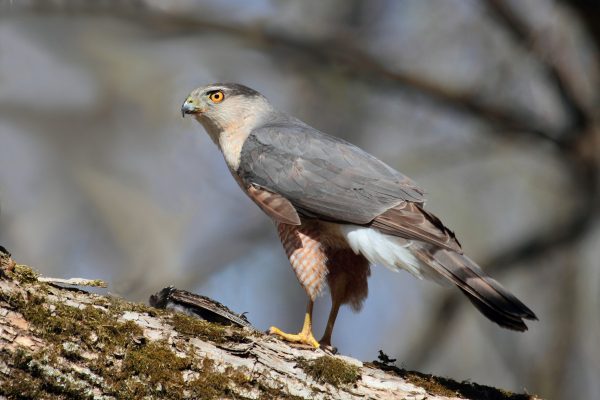 Order: Accipitriformes Family: Accipitridae Genus: Accipiter Species: Accipiter cooperii Once known as the chicken hawk, the Cooper’s Hawk has been described in the past as a “worse villain” than the “blood-thirsty” Sharp-shinned Hawk (Bent, 1937). The Cooper’s Hawk is a common woodland hawk… END_OF_DOCUMENT_TOKEN_TO_BE_REPLACED

The Dark-eyed Junco is a medium sized, common sparrow of North America. Its sub-species (whose numbers are disputed) are distinguished by variations in plumage, although they all have similar habits.

This page will detail the Oregon subspecies, which can be identified by its distinct black head, rufous flanks, chestnut back, and white to beige belly and breast. It also has white outer tail feathers that flash when in flight, a tan beak, and pink legs and feet. The Dark-eyed Junco is weakly sexually dimorphic. Males are slightly darker than females (Dunn 2002). 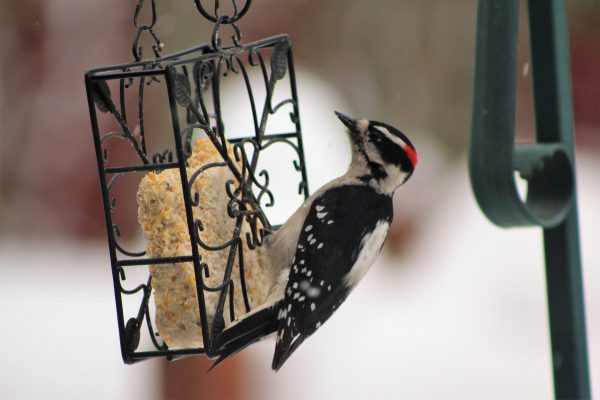 Order: Piciformes Family: Picidae Genus: Dryobates Species: Dryobates pubescens Introduction The Downy Woodpecker (Picoides pubescens) is a small woodpecker that is about 17 centimeters long, has a wingspan of 30 centimeters, and weighs roughly 27 grams (Sibley, 2016). When looking at… END_OF_DOCUMENT_TOKEN_TO_BE_REPLACED