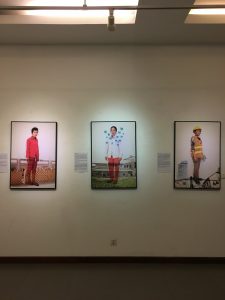 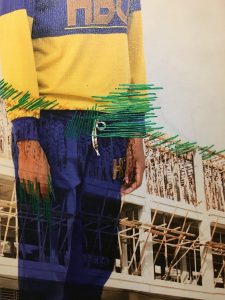 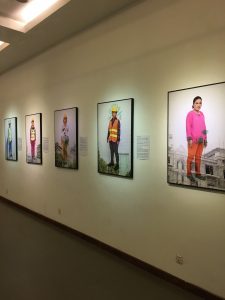 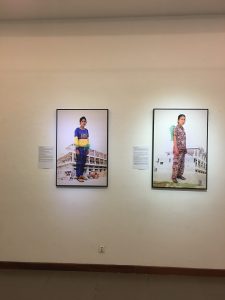 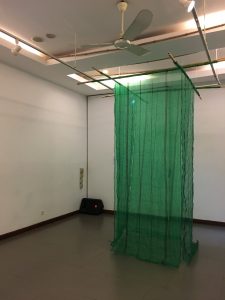 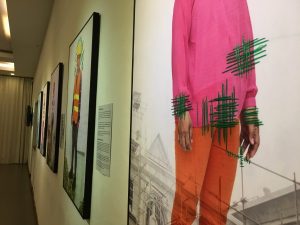 Meta House in Phnom Penh was opened in 2007 in association with the Free University of Berlin, supporting Cambodian artists and promoting contemporary local art. It hosts exhibitions, community-based projects and workshops, and encourages modernity among Khmer art forms.

“We firmly believe that contemporary art is a marker of development. The growth of expressive art forms is crucial to the development of any society, none more so than Cambodia where individuals are desperate for a voice. META HOUSE fosters an environment of self-expression and “critical thinking” and promotes art awareness and criticism.

The traditional visual arts in Cambodia reveal the essential conservatism of the Khmer. Ancient themes were preferred and there was rarely an effort to improve or adapt. The principal crafts were weaving, silver and gold works, jewelry, and wood and stone carvings. “Only after independence in 1953, and the arrival of foreign teachers in the capital, were young art students introduced to the Post-Impressionist styles of Gauguin and Picasso, and to a range of new media from gouache to crayon and oil”, writes journalist Robert Turnbull. “Sadly, the subsequent wars put an end to all that: 90 percent of artists either left Cambodia or died during the civil wars of the 1970s. It will doubtless take years to revive that level of activity.”

In recent years, however, the tireless efforts of Cambodian artists, both in Cambodia and abroad, have brought about a resurgence of both classical and contemporary Khmer art. The arts play a particularly important role in helping Cambodians reclaim their heritage, heal their souls and engage in the emerging renaissance.

Creative people from around the globe are invited to contribute to the development of the young Cambodian contemporary art scene and help META HOUSE put Cambodia back on the artistic map.”

Here, I viewed an exhibition by photographer Neak Sophal titled “The Green Net”.