When deciding which animal I would like to observe for this program, I initially thought of availability: How far am I willing to travel? What animal is going to be a reliable subject for nine weeks of observation?

I also wanted to observe an animal I haven’t had much experience with. My employers have a farm in Shelton, Washington on which they raise Emus. I knew nothing about the large birds and the idea of observing these unique animals was exciting to me. It didn’t take long for me to grow fond of the Emus and to recognize their different personalities. After two weeks I began to gravitate towards a specific individual: Buddy. 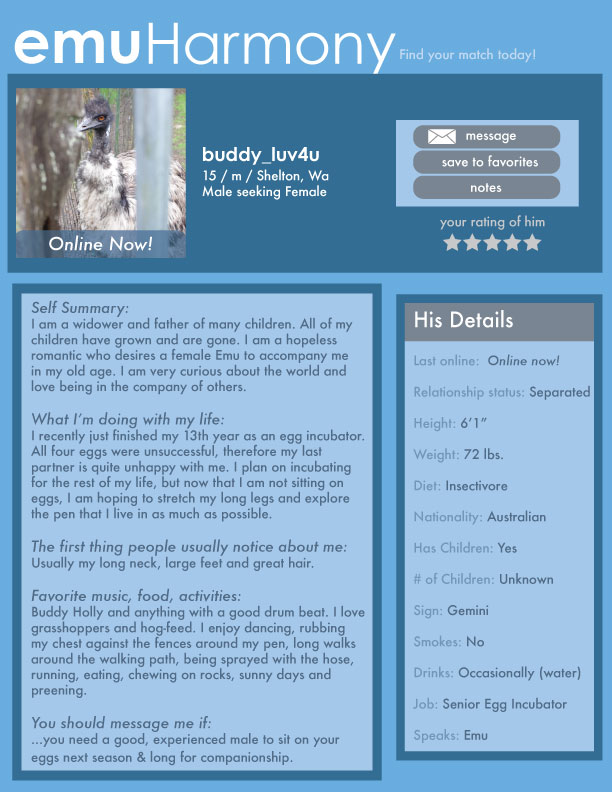 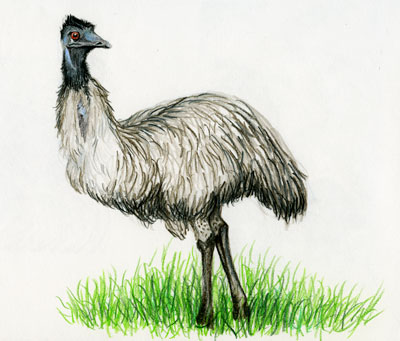 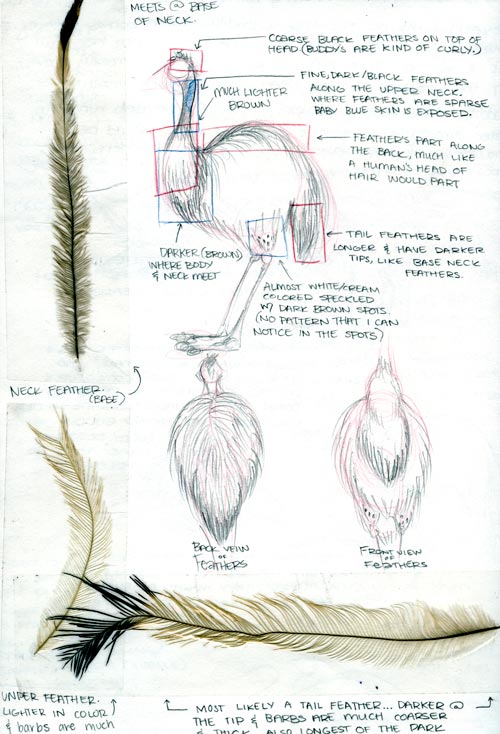 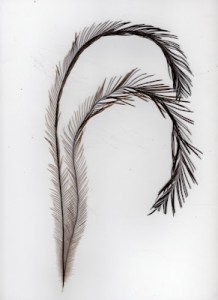 Since Emus are flightless, their grey feathers serve as great camouflage. Their body feathers are extraordinarily long, causing them to drape and look more like hair than feathers. The Emu and the Cassowary are the only known birds with feathers to have two spines per shaft. (The feathers in the image above have been broken apart. The image on the right is a clearer representation of the two spines.)  Their feathers are also unique in the fact that the vanes are not held together by barbs causing them to be very soft and flexible.

The feathers on their head and upper neck are generally darker, finer and much shorter. These feathers are unique to each Emu and I often found the easiest way to distinguish each Emu was through their defining “hairdos.” 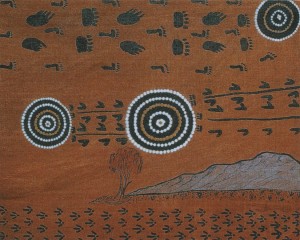 The “Dreamtime” or “Dreaming” is a way in which Aboriginal culture define themselves regionally, by identifying with a certain animal. Dreaming can also be the source for creation myths. For example the Aboriginal Dreamtime story of The Seven Emu Sisters is a myth that explains the reasons for the Emu’s long legs, speed and short wings. The myth also describes how Emu in the Sky came to be.

The rock engravings of the Guringai, just North of Sydney in the Kuringai National Park, depict images of the creator hero, Daramulan, and his emu-wife. One engraving represents the same pose and orientation of Emu in the Sky. In the fall, the constellation aligns directly above her portrait, informing Aborigines it is time to gather the emu eggs.

The most surprising thing I noticed when observing the Emus was the quality of their vocalizations. On my first trip to the farm, I walked towards the pen and was convinced there was a drum circle happening nearby. It turns out, the drumming that I heard was in fact the female vocalization. Here are some field recordings I gathered during my weeks of observation:

The male vocalizations have much more bass and generate a loud booming or grunt. The family who raise the birds describe the male sounds as a loud “burping” noise.

The Emus’ vocalizations and love for dancing inspired the theme for my animations as well as Buddy’s name and his dark, curly “hairdo” — see if you can find him. 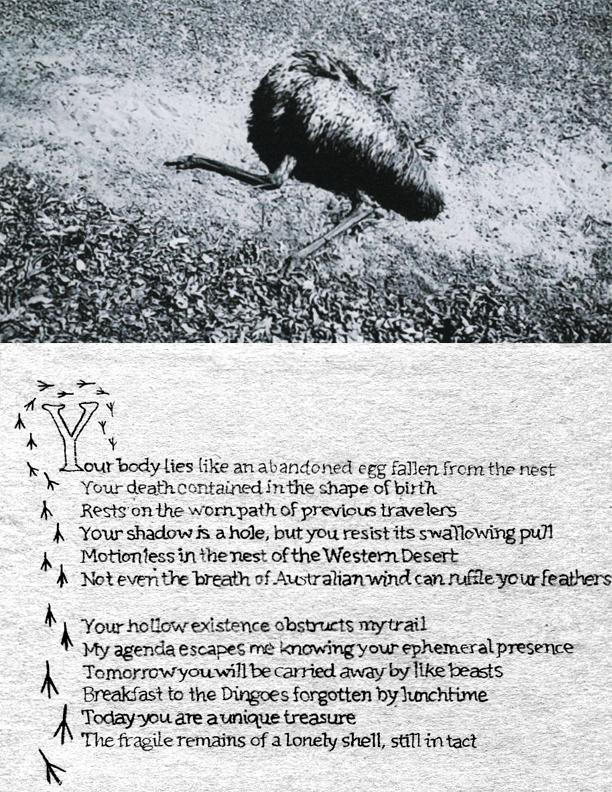 Ekphrasis
Noun. “Description” in Greek. An ekphrastic poem is a vivid description of a scene or, more commonly, a work of art. Through the imaginative act of narrating and reflecting on the “action” of a painting or sculpture, the poet may amplify and expand its meaning. -Poetry Foundation Glossary Encountered: Writing Workshop