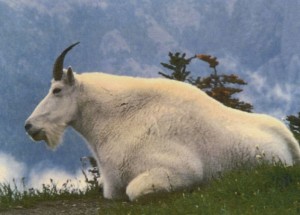 This animal was almost entirely new to me at the start of the observations. Before this class I had not seen one up close. Choosing to study the Mountain Goats was influenced by my Chinese zodiac sign.

There is a band of Mountain Goats at the Woodland Park zoo, two at least. This is where I will study them. I can tell the difference between the two goats at the zoo because of their size differences. I will commute every Friday and observe this animal for at least three hours by taking notes and sketches of the environment and animals. 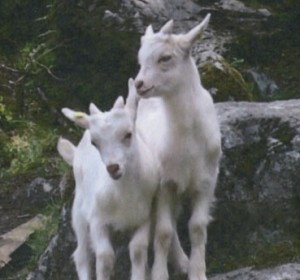 Scientists believe the American Mountain Goat migrated and are originally from Asia. They traveled across the Bering Land Bridge about 600,000 years ago.(http://www.superslam.org)

This animal is sometime referred to as the Rocky Mountian Goat, but this is a poor classification because the species is found west of the Rocky Mountains. Mountain Goats are characterized by humped shoulders, long narrow heads, a shaggy coat and stiff manes surrounding their neck and rump. They typically weigh between 100-300 pounds. Their horns typically reach lengths of 3-5.5 inches long. Mountain Goats are known to be very territorial. (http://en.wikipedia.org)(White Goat, White Lies) 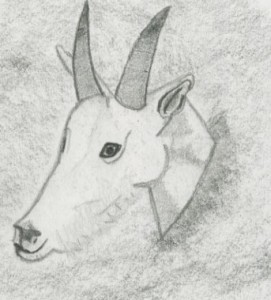 -Billy Goat tavern owner Billy Sinnis placed a curse on the Chicago Cubs from ever winning a World Series again after he was asked to leave the stadium because the smell of his pet goat was too awful to bear.

-The goat is one of the twelve animals of the Chinese zodiac. Those born in this year are predicted to be shy, introvert, creative and perfectionist. 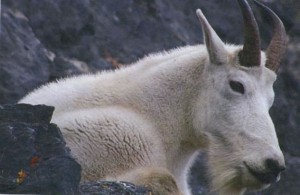 In 2010, A hiker in the Olympic Mountains was killed by an aggressive Mountain Goat. The hiker was trying to shoo the animal off a hiking trail when the animal attacked him. When help arrived the Mountain Goat would not let anyone near to assist him. (http://latimesblogs.latimes.com) 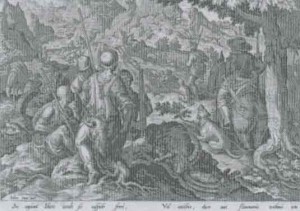 This is the oldest visual representation of Mountain Goats I could find. 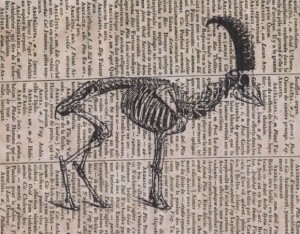 I began a series of weekly observations of two Mountain Goats at the Woodland Park Zoo in Seattle, WA in early April. Each week I would drive to the zoo and observe the goats for three hours at a time researching what they eat, how they sleep, when they’re most active and so much more. Eventually I began attempting to bridge the metaphorical gap between us. I tried to figure out why they would behave one way one day, then differently the next. 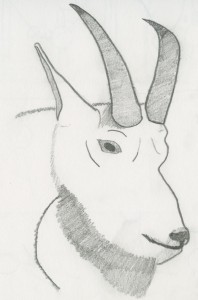 4/20/2012-One goat is sleeping on the cliffs in the sun while the other disappears for hours at a time. Where is he going off to?

5/20/2012-The Mountain Goats have begun shedding large amounts of hair recently. It comes off in handfuls and covers low branches and bushes. 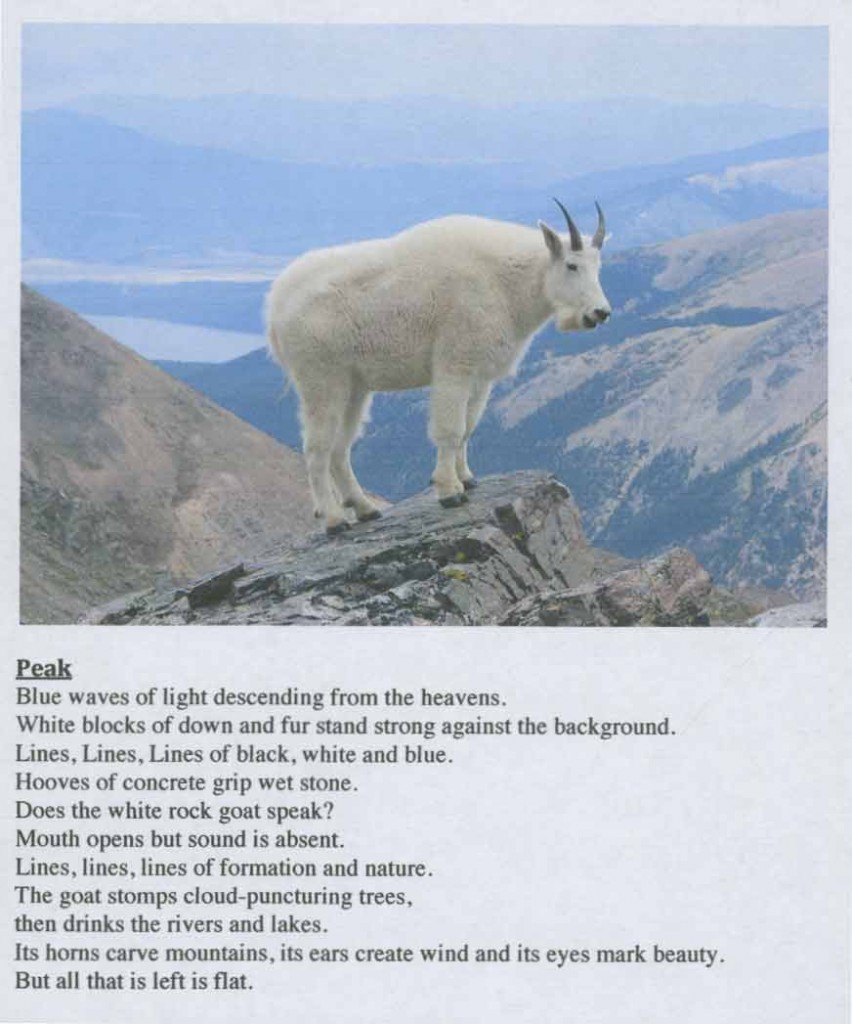 – Every Observation has been uniquely the same. The Mountain Goats perform the same actions and motions with differing energy levels throughout the day. On a superficial level I witness no aggression, yet no compassion either. No happiness or sadness. Not to suggest that they weren’t at the point of observation displaying these traits, only that I’ve been incapable of observing their emotions, if any exist.

Ekphrasis
Noun. “Description” in Greek. An ekphrastic poem is a vivid description of a scene or, more commonly, a work of art. Through the imaginative act of narrating and reflecting on the “action” of a painting or sculpture, the poet may amplify and expand its meaning. -Poetry Foundation Glossary Encountered: Writing Workshop