Editors Note: Many of us know, or know the work of, branding and design expert Tim Girvin ’75.  Fun fact: Tim is also a Macklemore fan.  We asked Tim if he would review the latest Macklemore album.  Here it is.  Enjoy: 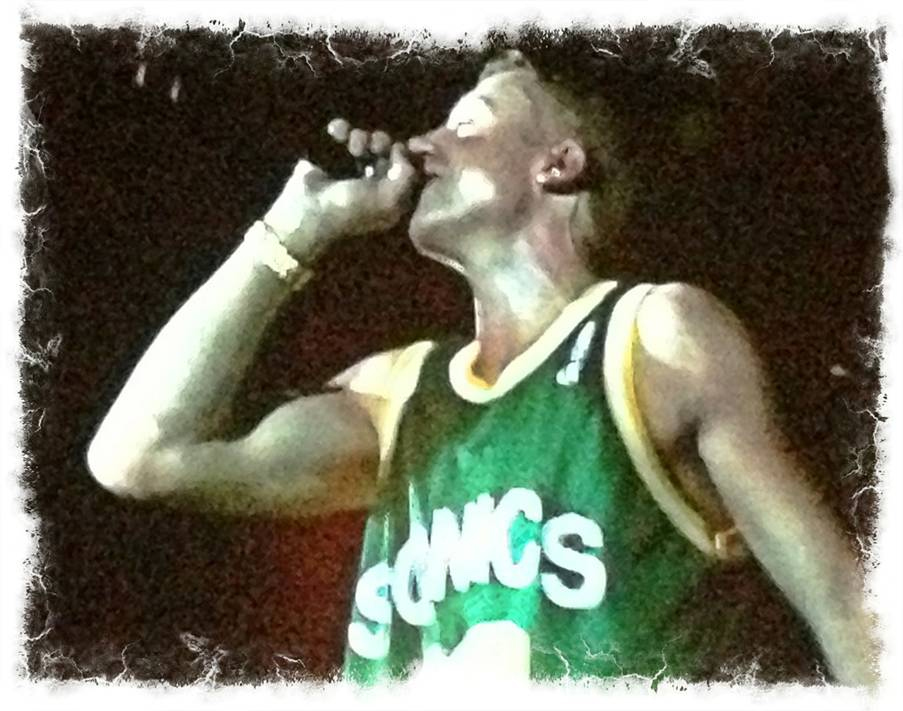 There’s a story in the story,
there’s a poem in the poem,
there is a place within the place.

In the realm of any study,
the student realizes that
there are layers to comprehension —
one understands the bare facts,
these become other degrees of
certainty and awareness.

“You think you know,
then you realize
you only know only
what you know.
Now.” 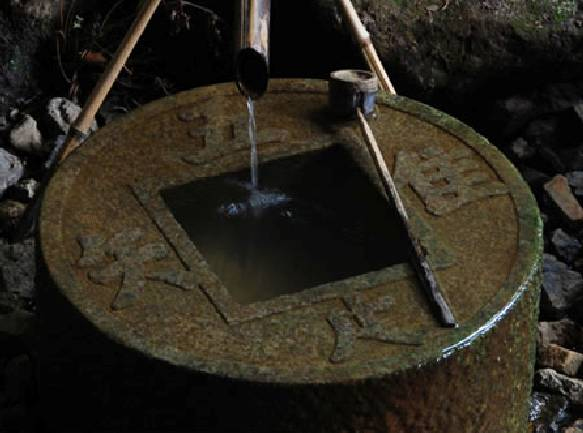 In Kyoto, Japan, at a famous Zen temple compound,
known as Ryoan-ji, there is a puzzle garden stone — it is a circle, squared.
The square in the center is a character — an ideographic kanji modifier.
The positioning of the square, in relationship to the character —
one on each side of the square, on the garden stone, forms a koan statement, which in its own way is a question. These characters offer — at the stone purification washing ritual — the tsukubai (蹲踞) (口) in Japanese, used for purifying the celebrant’s hands before entering the sacred place. The center of the face of the stone is scribed with the kanji for mouth, kuchi, and — added to the four kanji surrounding the basin —
they become 吾、唯、足、知, which is:

“you only
know what
you know,
now.”

This idea of knowing what you know, the knowledge of the now, reflects my experience seeing Evergreen graduate, and young Girvin family friend, Ben Haggerty, otherwise known by the name: Macklemore, at his Seattle performance.

I thought that I knew him —
but that was years back, another time,
at the beginning of the rippling of his talent.

I’ll personally confess that I know little about his musical form, hip hop.
But, I did know him as a young experimenter, music listener, childhood tent-builder and word + sound explorer — then, poet. And what I suggest to poetry is the passion of Macklemore — who, from his earliest days, [14] has been one to offer the warmth of his soulful, open-hearted gift of his intentions.

His music has been a calling to cause — from supporting gay marriage, sobriety, to local sports — and even a legendary voice, a sportscaster named Dave Niehaus [The Mariners — Seattle’s baseball team] — sung at opening day, 2011 in front of nearly 50,000 fans.

The potent impression of my experience, listening to him, was the sheer
exuberance and commitment to the power of his messages — a song, that is a poem, that is a story, within a story. Macklemore, since his beginnings, celebrates the power of community – those rippling circles of enthusiasts around him. That online fellowship has lent itself to millions of downloads of his songs — and, earlier this month,
his storytelling about “tag popp’in” thriftstore shopping,
“Thrift Shop” went platinum.

We all understand layers — insight, experience, intelligence, the mythic, if not psychic, layers of storytelling; “this is my story, but it’s another story, from 10,000 years ago, and it’s another story — that you just told me.
That story, is your story, is my story.”
There is an insight, when one is approaching anything —
you can see what you can see
(or know what you can know)
on the surface,
but what lies beneath? 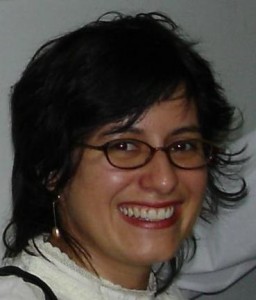 Elise Zelechowski studied French philosophy at Evergreen. Now she’s known as a  “garbage guru.” Qu’est-ce que c’est? No, this is not a galliphobic slur; it’s the career path Elise has followed since leaving Evergreen.

In a recent interview, Elise describes how she found her calling as Executive Director of ReBuilding Exchange, a Chicago-based organization promoting the reclamation of used building materials that would otherwise wind up in landfills.

“I went to Evergreen,” she explained. “Going to school there you can’t
leave without being pretty well-rounded as an environmentalist, a feminist, a social justice advocate. And then I lived in France and I was really taken by how the city of Paris functions in terms of food infrastructure, transit infrastructure, small business and recycling.”

Read the full story at occupy.com to learn how Elise has expanded her work in sustainable deconstruction and waste management to address issues of poverty, the criminal justice system, housing, and employment. You can also view Elise’s inspirational TED talk.

How did The Evergreen Mind hear about Elise? She “facebooked” us! You can share your news too. Check out all Evergreen’s social media connections including our new LinkedIn page.

Editor’s Note: Amazing to say, but the whole Evergreen campus community is reading the same book this year. It’s part of a new, faculty-led project called the Academic Statement Initiative. Each summer, new students will be sent, and asked to … Continue reading → 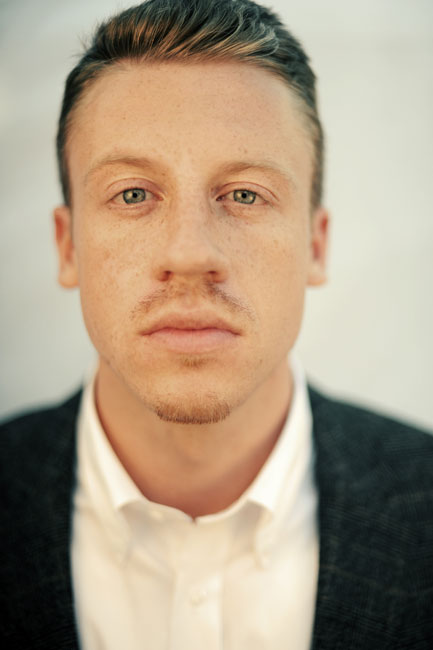 The Seattle Times reports that Macklemore, a.k.a. Ben Haggerty ’09, achieved platinum status and reached No. 10 on the Billboard singles charts with his, Thrift Shop. 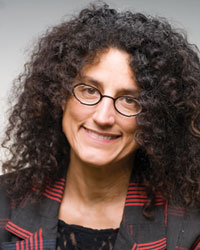 I spent seven weeks in Senegal during Summer 2012 working with PROMETRA International, based in Dakar.  The overall mission of PROMETRA is to facilitate and promote the inclusion of traditional healers in the formal health systems throughout the continent of Africa.  They received a substantial grant from Bill and Melinda Gates Foundation to carry out a survey of Immunization and Maternal-Child Health Knowledge, Attitudes and Perceptions among traditional healers and community leaders.  They invited me to Dakar to review the study findings, undertake discussions with staff as well as traditional healers, and suggest considerations for further research.

While the field survey was complete by the time I arrived, extensive reports were still in draft status, translated from French in English by staff who were not entirely comfortable with English prose writing.  I reviewed all available reports in both French and English, interviewed staff as well as senior management/directors, conducted a literature review, and completed extensive revision of the report (including review of data/results) into the English language in consultation with Dr. Erick Gbodossou, the president of PROMETRA International.

In addition, I visited a large traditional healing center in Fatick, interviewed traditional healers who had participated in the study, and visited a “western” community hospital to compare the practices germane to maternal child health in both settings.  I participated in the dissemination campaign/march in the city of Dakar, a meeting where the results of the study were disseminated community-wide in an urban setting where community need for maternal-child health services is acute. 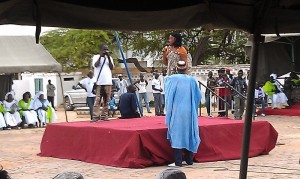 An image from a skit about traditional healers at the public dissemination meeting that discussed the study findings from the Gates Foundation funded study. Photo taken by: Nancy Anderson

A number of studies examining community uptake of vaccines have been performed in the developing world, and most have focused on issues of resources, infrastructure, and competency.  In my analysis of the study results, I found that the PROMETRA study offered a unique perspective that has not been considered in previous research. Specifically, the significant differences between the endogenous definition of immunization and the “western” biomedical definition are an obstacle to community acceptance of vaccine programs and must be recognized before the target community will be entirely comfortable with the use of vaccines as a component of primary care.  In addition, my consideration of study results indicates that the endogenous definition of immunization is in many ways more closely allied with the comprehensive World Health Organization definition of primary care than the biomedical definition.  Finally, it is also apparent that the population at highest risk of death from vaccine-preventable disease is also in need of all of the other prerequisites for health and wellbeing.  These include respect for endogenous culture and traditions as well as household food security.  I have written a draft paper that highlights the findings that I consider most unique to this study, and it is attached electronically.

As important as anything I’ve written so far is what I learned (and not for the first time) about a small corner of Africa.  Our newspaper headlines that consistently point the inky spectral finger at tragedy cannot possibly capture the sheer beauty and chaos of everyday life, the unmistakable, unforgettable, and overwhelming odor of ripe mangoes mixed with burning garbage, the resilience of humanity in the face of unimaginable challenges.  It is a place that deserves everything and still gets too little.  Thank you so much for the Sponsored Research grant, a chance to offer my modest skills and to get so much in return.