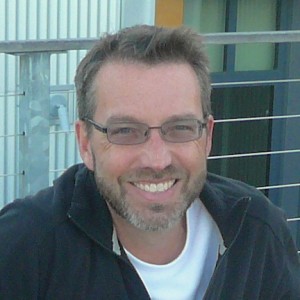 “Why did I have to wait until college to get an Evergreen style education”? That’s been the driving question Andy Smallman ‘88 has been asking since becoming a teacher, and then co-founder of Puget Sound Community School (PSCS), an independent, progressive private middle and high school in Seattle.

Despite doing well in a traditional high school himself – the Seattle-area native was told “you can go to any college you want” – Smallman didn’t apply anywhere initially, and ended up in Alaska as a disk jockey at a small radio station. From there, he studied audio engineering in Ohio, sold used records in Seattle, and worked for the Daily Racing Form. It was during this time that a friend suggested Smallman was well-suited to volunteer helping kids. A year later, he was honored with Match of the Year by Big Brothers Big Sisters of Puget Sound and knew he was destined to work with children. That’s when he started to look at colleges.

While visiting Evergreen’s Olympia campus in February 1985, he remembers his brother and sister-in-law saying “these are your people.” It was the only place he applied. In just his first quarter that fall, while enrolled in a program called Human Development with faculty Sandra Simon and Helena Knapp, he started asking “why couldn’t I do this when I was 13?” Evergreen was intellectually challenging for Smallman; even though he wasn’t told what to do, the work was rigorous and satisfying. Smallman credits advisor Greg Stuewe-Portnoff, who helped him navigate the challenges of being a slightly older and non-traditional student. Janet Ott and Yvonne Peterson both supported his individual study plans in significant ways as well. 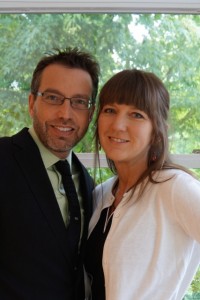 After graduating in just three years from Evergreen, Smallman earned a Masters in Human Development and a teaching certificate at Pacific Oaks College in Pasadena. Soon after, he was back in Seattle, serving as a member of the faculty at The Little School, a small, private school in Bellevue, teaching 5th grade. He also had married a long-time acquaintance, Melinda Shaw, ultimately the co-founder of PSCS. Before they met, back when Smallman was spinning records in Alaska, Shaw was gutting fish on Kodiak Island along with a couple of Smallman’s buddies.

It’s been a learning experience for Smallman and Shaw since they started PSCS in 1994. It began as a nomadic school, meaning it met in public places, “hub sites”, such as churches and community centers, while holding activities at nearby locations. Students also completed independent study projects in the community, an important component of the school’s pedagogy to this day. However, this approach was limiting; they couldn’t become state-approved because, as Smallman remembers, not all the class sites they were using passed necessary codes. Instead, PSCS was classified as a home school cooperative with the students being supervised by a state certified teacher.

In 2001, Smallman and Shaw acquired their first school site. Then in 2002, PSCS was officially approved by the State of Washington. While becoming site-based meant there would be higher overhead costs, Smallman credits the administrative skills of Shaw for navigating the challenges of operating a viable school. Today, the school’s budget is just over one million dollars annually – they make approximately $100,000 available in aid for students, with tuition sitting at just over $18,000.

When the school considers prospective students, Smallman says they “enroll families”. Their admissions staff looks for families that don’t hold fear around sending their children to the school, or those looking for any school that will accept their child. Similarly, when hiring staff they select for character, identifying the best people and then looking at staffing needs. They choose staff who live the core commitments of the school: practicing integrity, engaging community, and acting with courage.

Smallman and Shaw have also done considerable work on Kind Living, their website and blog conceived during a yearlong sabbatical in 2010. First inspired to do work around positivity and kindness while teaching at The Little School, Smallman learned about a teacher in Europe who used email in the early 90’s to connect students with concentration camp survivors using “distribution lists”, so he got internet access for his students. From there, Smallman created a kindness class, sent out by email, in which participants would complete a theme and share it weekly. Most recently, Smallman contributed kindness content for The Transformative Studies Program, offered by The Intelligent Optimist, and is in charge of something called the “Secret Agent of Compassion,” part of the annual Compassion Games. Next for Smallman and Kind Living is an in-person kindness class for adults, held at PSCS, in April. 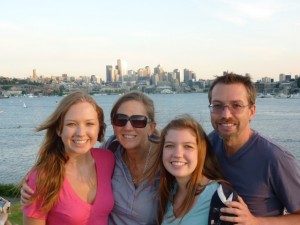 Andy, Melinda, and their two daughters, Ella and Chloe

Smallman and Shaw have two children of their own. Ella, a senior at PSCS, is interested in attending culinary school after graduating; Chloe is a senior at Quest University. He’s seen many of his former students go out of state for college, although several have chosen to attend Evergreen and other schools in Washington.

Smallman has noticed more programs like the Puget Sound Community School appearing all over the world, although he himself isn’t interested in growing the school, or opening new ones. If anything, he wants to do more teaching. Among the classes he has taught at PSCS this year is one using several of the works of author Erich Maria Remarque, best known for writing “All Quiet on the Western Front”.

One thought on “Education, and Kindness, is Life for Andy Smallman ’88”