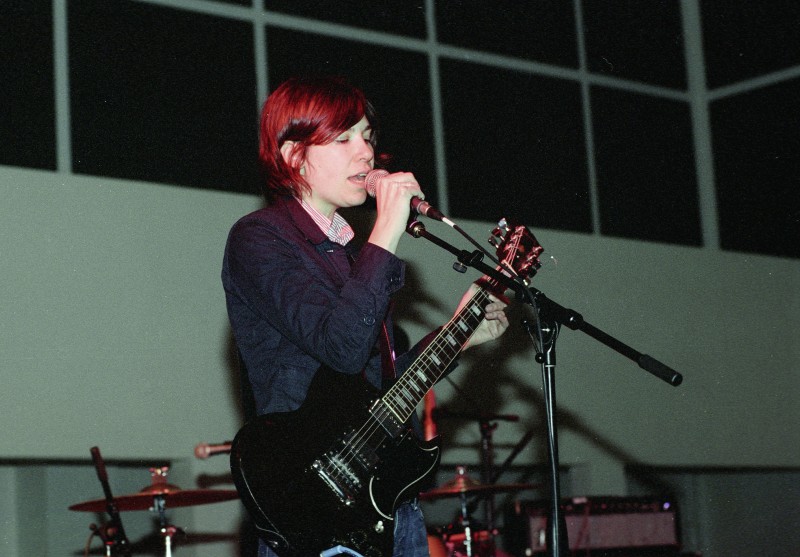 Carrie Brownstein plays a concert with Sleater-Kinney at the Evergreen campus on 02/29/05.

This week the Northwest ‘hip’ indie series, Portlandia, begins its third season on the Independent Film Channel (IFC). If you were around this area in the 1990’s, you might remember the show’s co-developer and co-star Carrie Brownstein ’98 as part of the riot grrrl band Sleater-Kinney.

David Blake, a Seattle Weekly blogger, interviewed Carrie about her very busy year – launching into the third season of a TV show and being a member of the super group Wild Flag. Below are the links to David’s interview with Carrie: