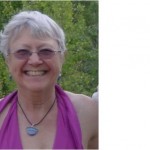 I’ve been at Evergreen since 1983 teaching computer science and software engineering, before moving into ecology informatics (largely as a result of increasing research in that area). Prior to 1983, I worked as a software developer (IBM, TI, Cornell, UT Health Science Center (Dallas), Bordeaux France (Sciences), and two small startups (one of which was bought by American Express and another eventually by General Electric).  You can read more about my professional life by looking at a short cv curriculum vitae (resume).

to read about my teaching, click Teaching Tab above.

I took a leave from Evergreen (1989-1992) to complete my Ph.D. in Computer Science and Engineering at the Oregon Graduate Institute, where I did work in scientific databases. Most of the faculty i worked with there have moved to Portland State University CS Dept.  In addition to the Ph.D., I have a B.A. in math and philosophy from The College of William and Mary (Williamsburg, Va), and an M.A. in philosophy from Brown University (Providence, RI).