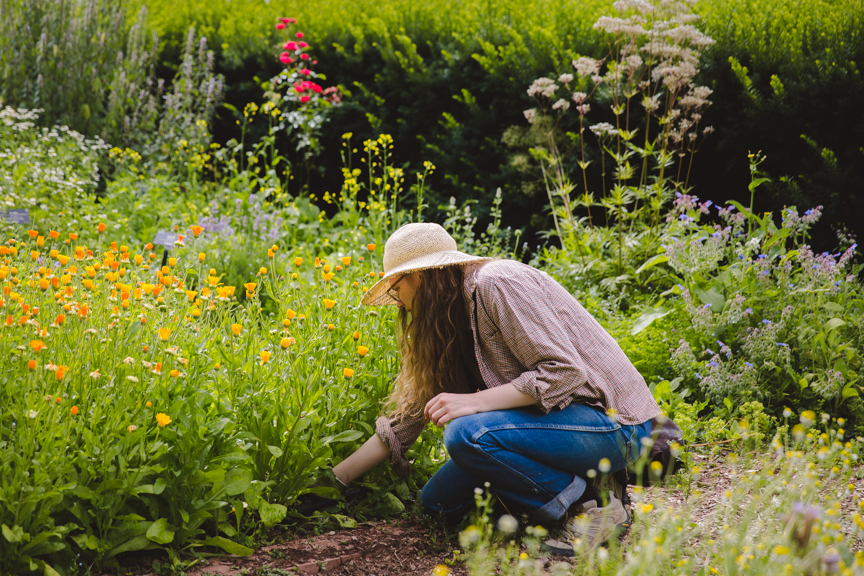 A student harvesting calendula from the garden in summer, 2017 – Photo by Tari Gunstone

The European Medicinal Herb Garden at the Organic Farm provides hands-on learning opportunities for students to learn how to grow, tend, harvest, process, use, and market medicinal herbs.

Students installed this ethnobotanical garden in 2004 with a four-square design that mimics a Persian-inspired garden layout common during the Renaissance. A traditional yew hedge encloses the paths and parterres (geometric planting beds). The herbs were originally labeled according to the humoral system which was central to medieval and Renaissance healing practices in Europe.

The garden’s primary goal of promoting increased self-reliance for treating common health problems like colds, indigestion, and stress is carried out through student participation in herbalism focused Independent Learning Contracts and the Practice of Organic Farming program. It is also used as a demonstration garden by the campus Herbal Medicine Club.

In 2017, students created monographs on each plant in the garden into a resource binder. You can request the binder for a self-guided tour of the garden’s rich medicinal content at the Organic Farm office. 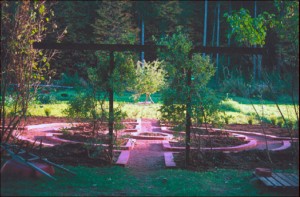 How to get to the garden:

If you’re walking, follow signs to Organic Farm/Sustainable Agriculture Lab from the Library Loop or Parking lot B, or you can drive to the Organic Farm and park near the garden. Google Directions

The garden is only accessible during the Organic Farm’s operating hours, M-F from 9:00-5:00. More information about the Organic farm can be found here. 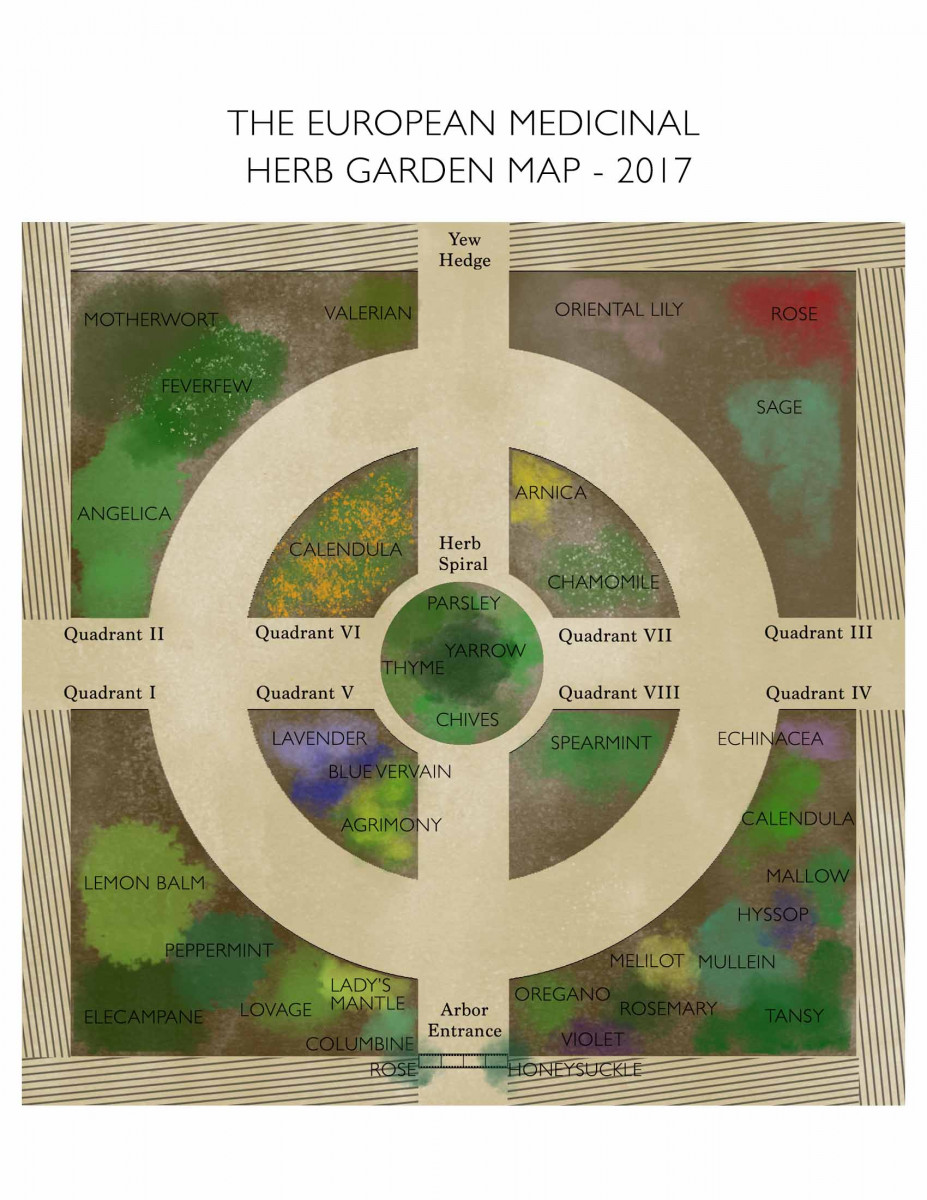