Beginning Tuesday, August 21, the college will switch to a new campus scheduling system, Schedule Evergreen.  This system will make requesting and confirming campus spaces more transparent, provide students with clear and timely class schedules, and make it easier for you to promote events to the campus and the public. What to Expect: Requesting Space: […]
Beginning Monday, October 3 the Time and Leave system at Evergreen will have an updated look and some enhanced views for supervisors. Computing and Communications, in partnership with Human Resources and Student Employment, is very excited to report that the Adobe Flash dependency that prevented many of us from accessing our Leave Requests or Time […]
Some have asked, what’s the news with all that talk of migrating Evergreen email to cloud Microsoft Office365?  Here’s the deal. Computing and Communication (C2) staff worked very closely with Microsoft over the course of spring quarter and into early summer with the intent to go live with the new services before fall. Unfortunately, in the testing […]
The software driving Greener Commons was updated this morning to Version 1.3.0 beta, you may have noticed a new look.  This release changes the look and feel, condensing and simplifying the interface for navigability.  This update also fixed a number of bugs and was driven by performance enhancements.  Please check out https://commons.evergreen.edu and let us […]
The most recent FireFox update (v37) has rendered a few of our Evergreen sites inaccessible while using FireFox. If you are on this latest version of FireFox you may see a Secure Connection Failed page when you attempt to go to Moodle or any of the Banner Self-Service sites access via my.evergreen (e.g. Registration, Financial […]
Evergreen is now in our last quarter of actively using Moodle as the primary web technology for academic offerings. Moving forward I thought it would be useful to layout how the transition has been going and what to expect over the next year and beyond. To date, there have been 20 academic programs that have made the move […]
Evergreen’s WordPress server blogs.evergreen.edu has been updated to the current version 3.6.1 of WordPress. Check out the WordPress Changelog to view some of the changes and new features. In addition to the new version, we’ve migrated our deployment from SVN to Git to be consistent with the rest of the academic applications managed by Academic […] 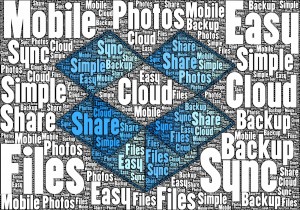 More often than not, college students use some form of technology to complete homework assignments. In fact, 75% of college students have said that they can’t study without it. With all the various electronic tools readily available, it can be difficult to keep track of files between multiple personal gadgets like as flash drives, tablets, laptops, smart phones, etc. I can’t count how many times I have spent the night … Continued 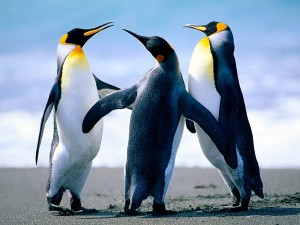 With the release (and clearly controversial response) to Microsoft’s newest Windows 8 desktop platform, and Apple’s recent stock drop since last September, one might be inclined to think that this could finally be the year where Linux has a legitimate chance to wedge itself into the 21st century marketplace. For those of you who don’t know (or don’t care) what Linux is, you should. … Continued

Over the past academic year Computing & Communications has noticed an increase in email phishing attempts on our evergreen.edu email addresses. These emails come in a variety of formats, typically asking you to click on a link and provide login information to keep your email. Please remember that C&C will not send emails asking you […]

The Computer Center is Closed during Campus Holidays