To improve the visibility of the work in Computing and Communications, we also will report out monthly on large work products and efforts for the month. This is a small synopsis of much of the work that has been accomplished over the summer. Thanks to all the staff and collaborators for all the hard work.  […]
Beginning Tuesday, August 21, the college will switch to a new campus scheduling system, Schedule Evergreen.  This system will make requesting and confirming campus spaces more transparent, provide students with clear and timely class schedules, and make it easier for you to promote events to the campus and the public. What to Expect: Requesting Space: […]
If you have noticed the attractive construction wall at the entrance to the Computer Center and have been wondering what is going on, the Faculty and Staff Help Desk on the first floor will soon be moving into this new space and becoming the new Technology Support Center. Monday March 26th (break week), Mark Holm, Chris Granado […]
The Project: Evergreen is now moving forward with the migration from Banner 8 to Banner 9. This project has been in the works for many months now but it officially kicked off January 2018 in preparation for Oracle dropping support for the form technology that supports Internet Native Banner (INB), the forms interface for Banner […]
Beginning Monday, October 3 the Time and Leave system at Evergreen will have an updated look and some enhanced views for supervisors. Computing and Communications, in partnership with Human Resources and Student Employment, is very excited to report that the Adobe Flash dependency that prevented many of us from accessing our Leave Requests or Time […]
Some have asked, what’s the news with all that talk of migrating Evergreen email to cloud Microsoft Office365?  Here’s the deal. Computing and Communication (C2) staff worked very closely with Microsoft over the course of spring quarter and into early summer with the intent to go live with the new services before fall. Unfortunately, in the testing […]
Evergreen will soon be moving to the Microsoft Office365 suite of applications this year, starting with email. After this migration, you’ll get more regular webmail updates and more space in your inbox. Everyone with an Evergreen email will be able to download and use Office365 for home for free. Students will also be given access to OneDrive, […]
Summary We will be transitioning the Orca academic file server to Windows 2012. There are a handful of reasons for doing this, including the fact that Orca is currently a 32bit Windows 2008 server and uses Windows dynamic disks for the programs share.  Additionally, once the data is on Server 2012 we can take advantage […] 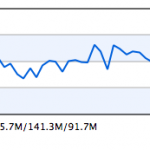 The Computer Center is Closed during Campus Holidays