Introduction: I did not at first plan to observe the Steller’s Jay for class. I was also very interested in the Sea Otter and the Grey Wolf. I decided to watch the Steller’s Jays because of the accessibility and because I was originally not very fond of the idea of studying a bird. There are currently two

Jays, one male and one female, with three fledglings. I am observing the Jays as a singular family unit. I was excited to see if the Steller’s Jays were really more aggressive with protecting their nest than other species of birds that I have knowledge of since Steller’s Jays are more known for their aggressive behavior. Hope you enjoy my page! 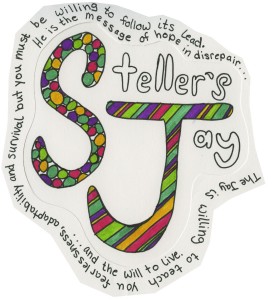 Steller’s Jays have also played a part in Native American stories and I would conclude, an important part seeing as in the photo below, the Steller’s Jay is on top of the Totem Pole. Below is an excerpt from the story of The Animal Council Totem Pole in Shingletown, CA. 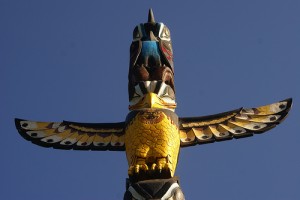 The Stellar Jay hopped up and said he had lots of brothers and sisters and they would be glad to help the town and it’s people. So they dispersed all over the area alookin for trouble. That’s why today when you see a Stellar Jay fly up on a limb, they hop up and up the tree to the top where they can see danger better. 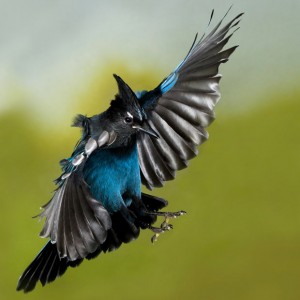 The Steller’s Jay was first discovered by a naturalist on a Russian boat in Alaska during 1741 by George Steller. In 1788, a scientist finally names the bird after Steller. He also named two other animals after him: the Steller’s Sea Lion and Steller’s Sea Eagle. This species and the Blue Jays are the only New World birds that use mud to build nests. 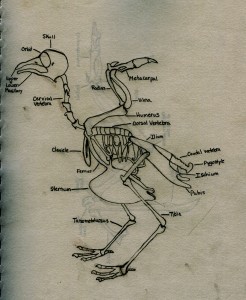 However, if they get the chance, they may have no problem swiping a nest from another mating pair. Steller’s Jays are known for habitually attacking small adult birds such as Pygmy Nuthatch’s and Dark-eyed Junco’s. To add, one of the most interesting survival tools of the Steller’s Jays is its ability to imitate a variety of species including birds, squirrels, cats, dogs, chickens and some mechanical objects. 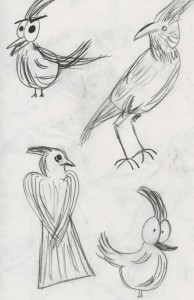 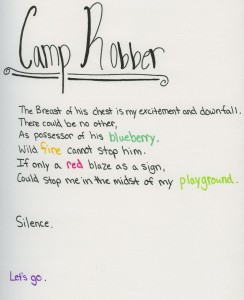 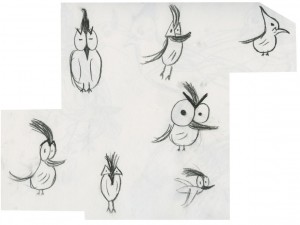 My best bet would be that the three eggs hatched on April 23rd, 2012. Quite a coincidence since this is also my birthday.

…I think that the mom knows I am watching her. She stands her ground, or nest, though and soon the male will be back.