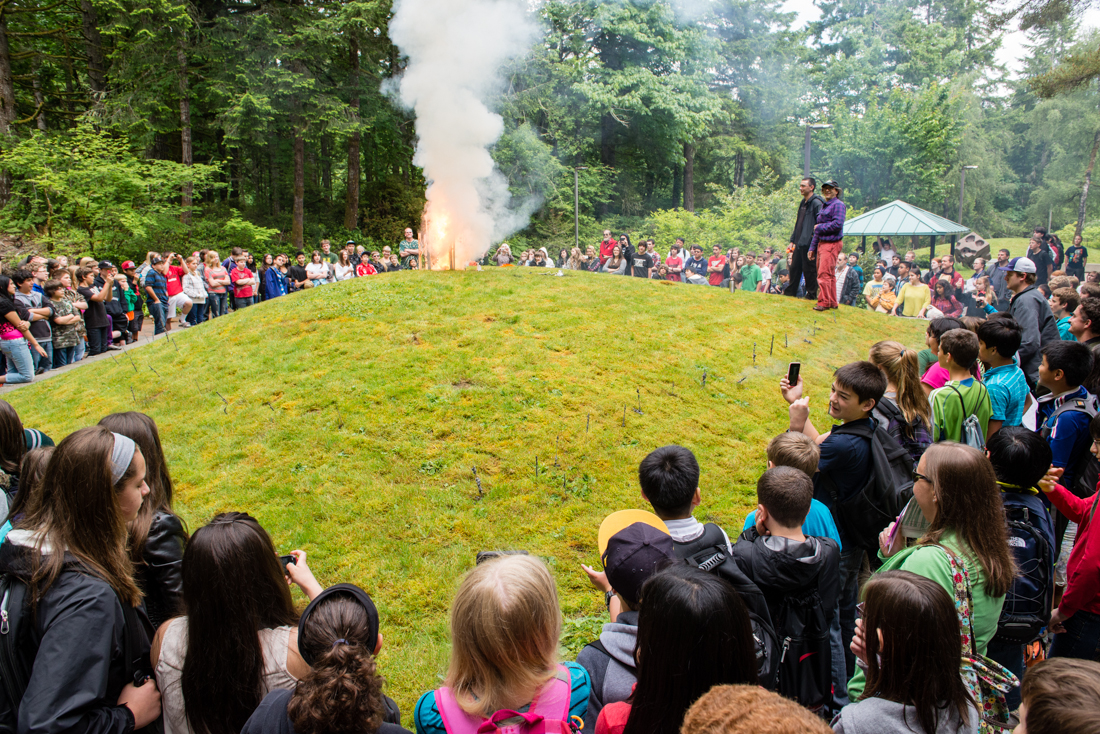 Scads of children from visiting school groups surround the green area outside the Lab buildings for a demonstration of homemade pyrotechnics. Exhibitors lit smoke bombs and a rocket before the finale of a sparkler mandala set in a bicycle wheel. — Andrew Jeffers photo 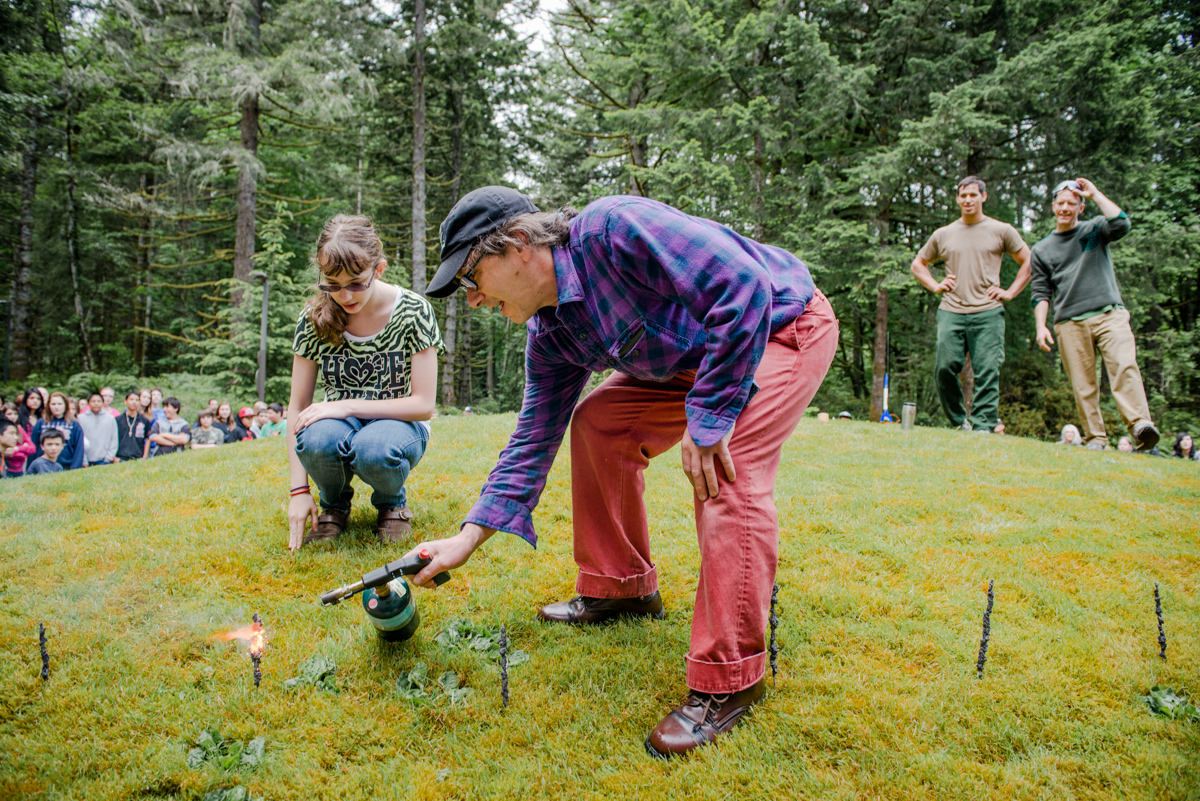 Faculty Peter Pessiki shows a volunteer how to light sparklers made of starch. — Shauna Bittle photo

Is it just us, or was the Science Carnival extra exciting this year? We could hear a stampede of feet as we neared the Lab buildings, where we found what seemed like a hundred school groups running from exhibition to exhibition.

Evergreen students were hopping as they presented their chosen topics. They gave talks on Tardigrades, Lichens and Ethanol, and walked kids through workshops on plating pennies and making sauerkraut. The hallways echoed with the sound of excited voices as kids told each other what they’d seen and plotted where to go next.

And when an explosion appeared on the agenda, everyone showed up. It seemed that they were everywhere on Friday: soda bottle exploding due to dry ice pressure, burning metal in the thermite demonstration, and fountains of pop reacting to Mentos candy. The grandest of all, however, was the pyrotechnics show in the lab courtyard. Faculty Peter Pessiki and his students set off a rocket and smokebombs, then set fire to a giant sparkler mandala made in a bicycle wheel.

It was a lot of fun for everyone present, and we’re glad to share the event through these photos. 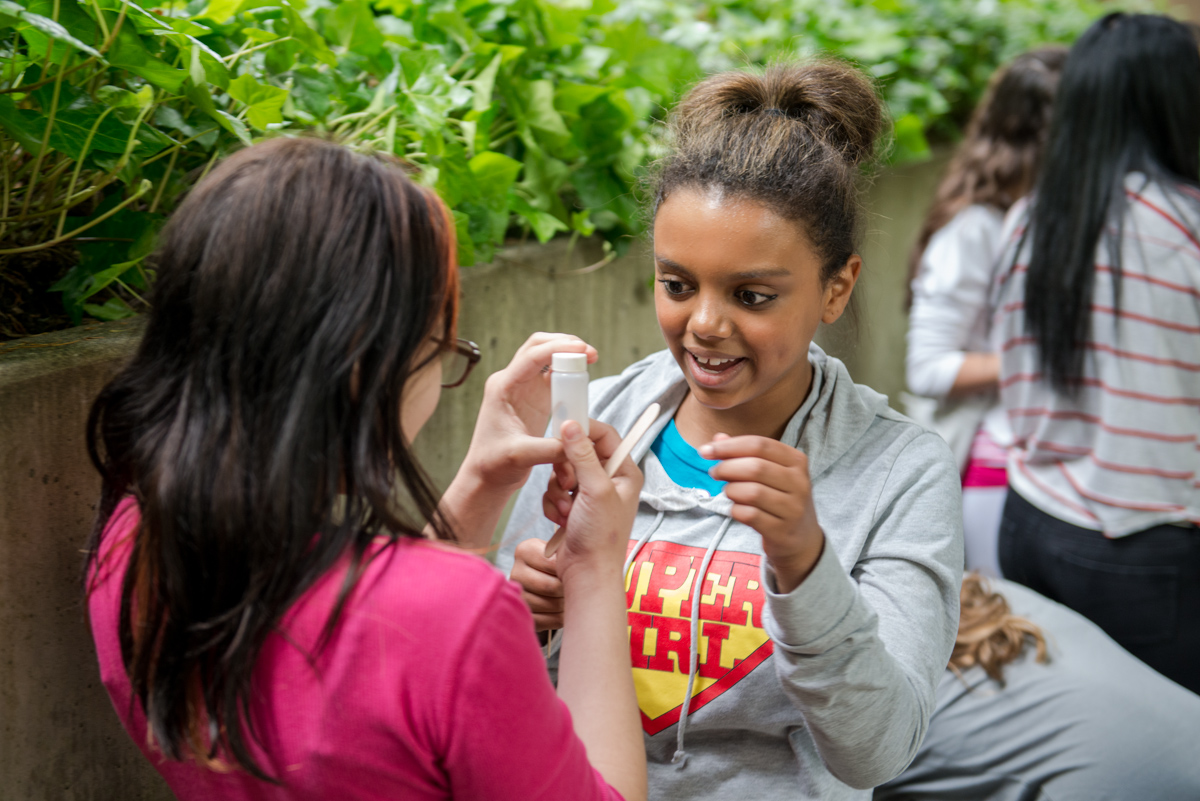 School children on campus for the Science Carnival search the ivy bed outside the Arts Annex for tiny snails. — Shauna Bittle photo 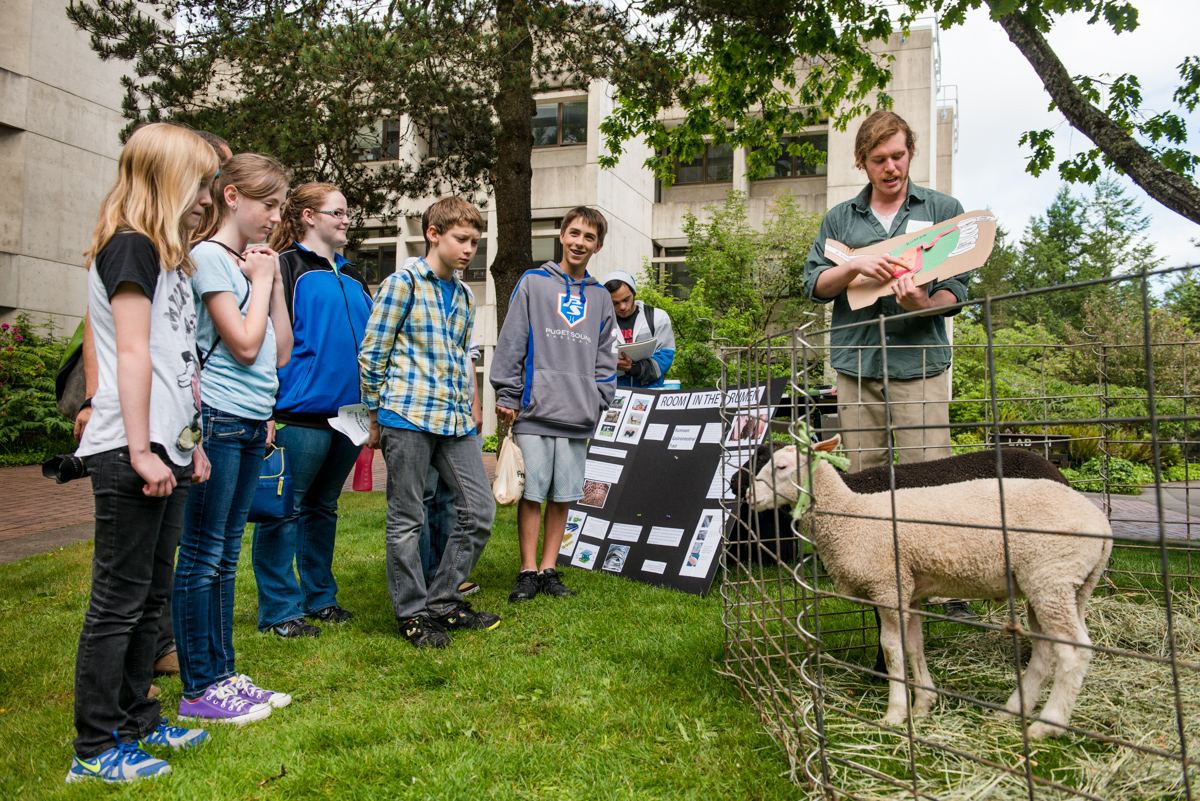 An Evergreen student holds a diagram of a sheep’s digestive system as he talks about the pre-stomach in Room in the Rumen. — Shauna Bittle photo 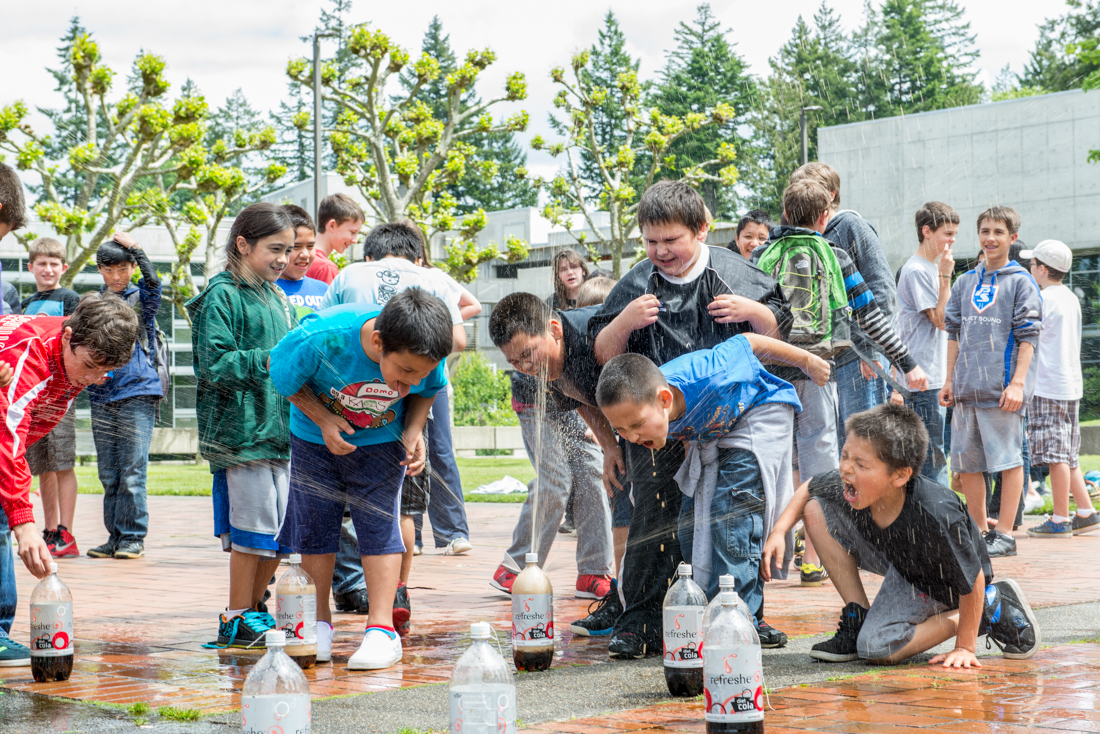 Kids get covered with soda as they try to take sips from a fountain made by dropping Mentos candy into pop bottles. — Andrew Jeffers photo