I want to thank Tim Byrne for generously writing this article about the Lecture Hall renovation project . I hope you all enjoy! 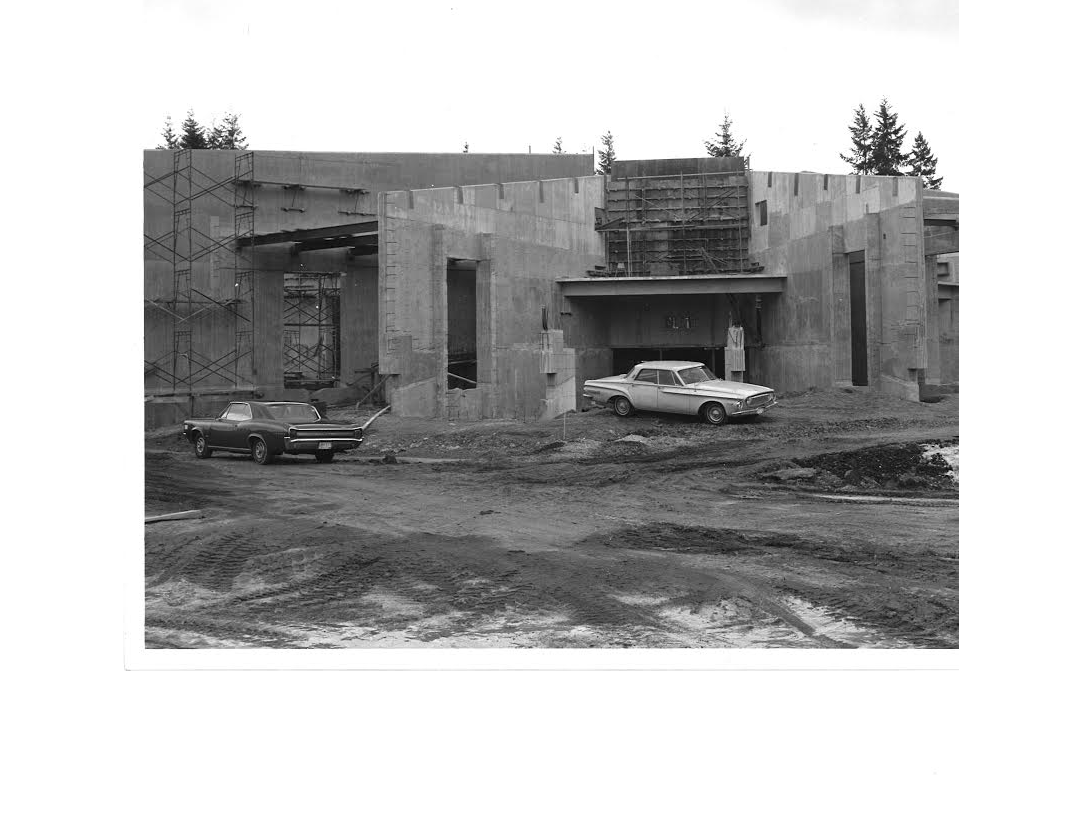 Many of you know the Lecture Hall, and most other building on campus, were built in  the 70’s during a time when many public buildings were built in the architectural style of Brutalism. The Lecture Hall itself is what I would consider an extreme version of brutalism. There have been various “trends” in styles of architecture over recent time. There was the Craftsman Style (which I’m very fond of), Post Modernism, Modernism, Deconstructionism, and Brutalism to name a few. Deconstructionism was mostly developed as a philosophy movement. But some architects got into it in thinking it as a way to move on from Modernism and Post Modernism. I was taught that Brutalism was formed on a new-found respect for its socialist principals and was also a celebration of raw concrete. There are good and bad design examples of Brutalism, as well as other architectural styles. Yet Brutalism became very popular from the mid-50’s to the mid-70’s and now is considered to be one of the most vilified architectural styles of last century.

I found an interesting article in The Seattle Times regarding the old Nuclear Reactor building at the University of Washington, which is an example of Brutalism. Some people consider it to be a truly, truly ugly structure. Within this article I discovered that a local architecture critic, Larry Cheek, advocates for keeping the structure saying, “We need to save a handful of Brutalist-style buildings to remind us how bad they were and we don’t do that ever again. They are cold, ugly, inhumane.” He should come on down to Evergreen to see that we are doing our share of keeping the Brutalist-style alive. I have not seen the building at UW that he referred to, but I assume it is a bad example of Brutalism. I think the original buildings we have on the Evergreen campus are better examples of Brutalism. 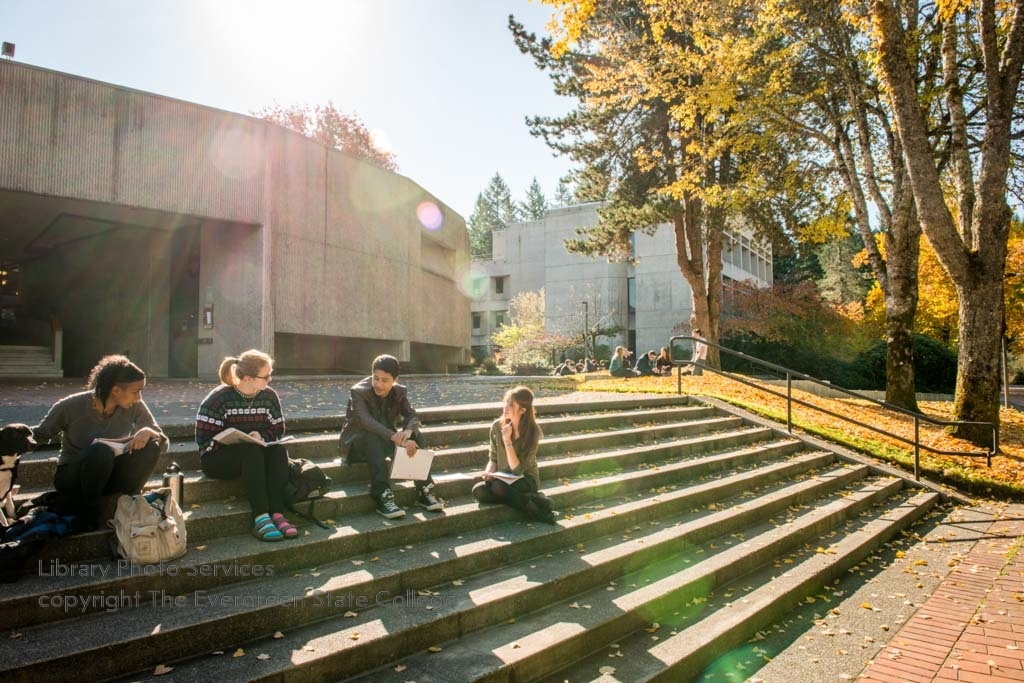 Greeners enjoying the sun outside Lecture Hall A

With our Lecture Hall building we are doing a combination of things. We are retaining some of the exterior walls, yet adding a more modern addition to it that will be much more welcoming and properly addressing Red Square. The plan is to clean up the remaining “fluted” concrete walls so they are not so weathered looking. The addition will be more modern in presence being clad in metal wall panels that will in an abstract way replicate the vertical fluted pattern of those original walls. 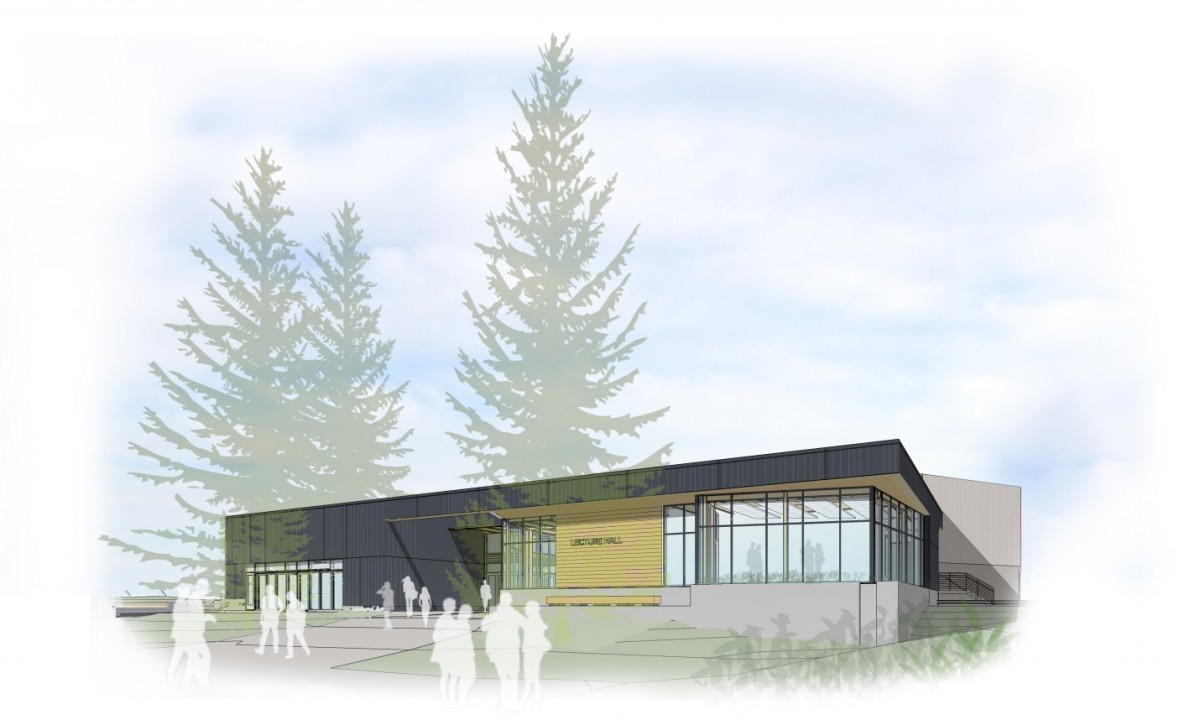 P.S. Here’s a little Haiku for our Winter Months

It beckons our Winter soon

And creates much mud