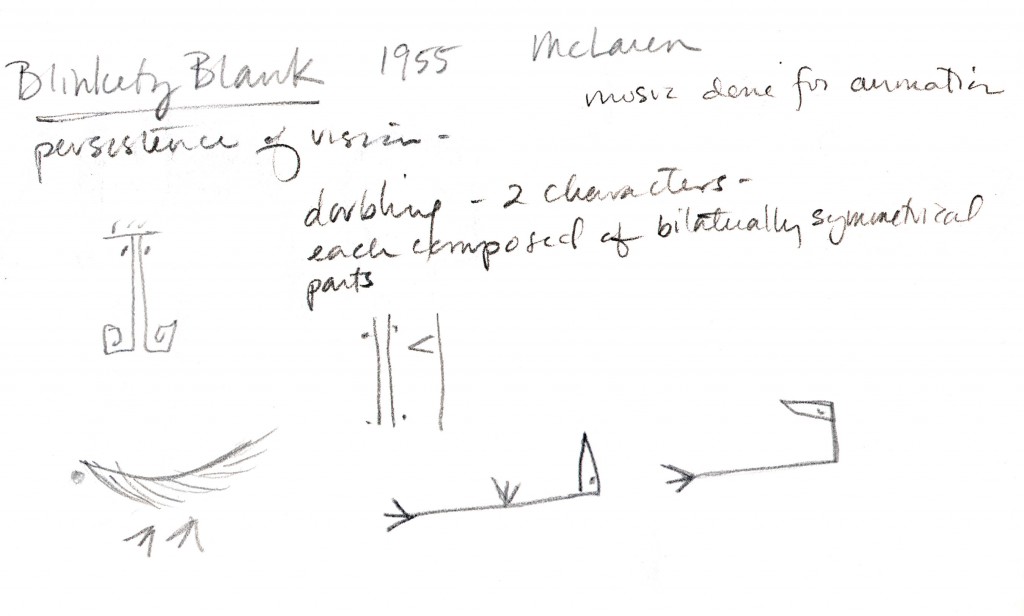 Frequently I assign students in my programs to keep a film journal as part of their sketchbooks. This combines approaches I picked up from Thom Andersen whose course Film Today I worked as TA for while at Cal Arts, Christine Panushka with whom I taught at the California State Summer School of the Arts from 1993-1999, and Sally Cloninger with whom I taught Mediaworks in 1997-98 and 2000-2001.

A good film journal entry begins with the work’s title, the maker, and year of production. Notes on the social or historical context of the film’s production and something of what is known about the artist’s intent and strategies are useful. For animation and experimental films, techniques, media and approaches used, and how they connect to the work’s content, are also important information. Finally, visual notes of particular shots and/or characters, particularly with animated films, help one learn about the director’s approach, and fix the film in memory.

I sketched the notes on this page in response to two McLaren films. Redrawing the characters from Blinkety Blank helped me understand how McLaren had designed them.