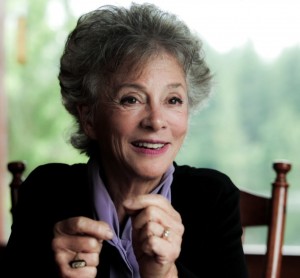 An historic decision by the United States Supreme Court on Friday, June 26 established that the Constitution guarantees a right to same-sex marriage. Justice Anthony M. Kennedy wrote for the majority in the ruling, directly citing Evergreen faculty emerita Stephanie Coontz twice in the groundbreaking opinion.

Westneat ends with a nod to Evergreen:

Evergreen’s alternative style was crucial to developing all this, Coontz says. It’s not a traditional research university. For example, she said, “They insist you talk about your work extensively with your students. So the students have contributed to a lot of my thinking over the years.”

Coontz, 70, is semiretired from Evergreen now. But she plans to teach her seminar, “American Families: Historical and Sociological Perspectives,” there next spring. That’s going to be one sought-after class, I’d guess.

I still sometimes hear people deride Evergreen as “too weird” to be a public college that gets taxpayer money.”Well, Geoducks, you showed them. Weird made history.