Just as it sounds. 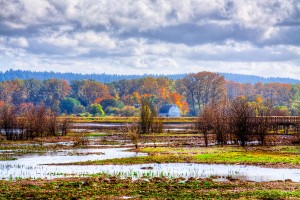 Nisqually National Wildlife Refuge
Price-3 dollars per car
Distance-8 miles from Olympia
Where freshwater meets salt water, the Nisqually river merges with the Puget sound creating the estuary, freshwater wetlands and woodlands with in this park. Home to over 250 migratory bird species and varieties of salmon, the Nisqually wildlife refuge is visited by around 10,000 people annually.

Pierce National Wildlife Refuge
Distance-2 hours and 15 minutes from olympia
Within view of the Columbia river gorge area, hosts a variety of flora and fauna. With in this park is the Hardy creek, one of the last locations to the chum salmon run. They are also a variety of other salmon in this area such as the coho and the Chinook. The main office also is responsible for overlooking both the Steigerwald Lake and Franz Lake Refuges. The visitation is currently limited to arranged groups, however the near by beacon rock refuge is open to explore.

Lewis and Clark National Wildlife Refuge
distance- 2 hours from olympia
located at the mouth of the Columbia river, the lewis and clark national wildlife refuge is the seasonal home to shore birds and nearly 30-35 bald eagle nesting sites, 1,000 tundra swans, 5,000 geese, and 30,000 ducks. This is also home to many fish species including various salmon, american shad, smelt, perch, starry flounder, bass, catfish, and Pacific lamprey. Harbor seals and sea lions can also be spotted in this estuary.

San Juan Islands National Wildlife Refuge
Distance- 4 hours from Olympia
Located in the northern part of the Puget sound, the san juan islands national wildlife refuge contains around 450 acres of rocks, reefs, and island habitats. All refuge islands are closed to the public in an effort for preservation, with the exception of Matia and Turn.

Flattery Rocks National Wildlife Refuge
Distance-4 hours and 30 minutes from Olympia
The flattery rocks refuge consists of almost 900 islands, rocks, and reefs. This park extends for nearly 100 miles along the Washington pacific coast. The majority of this is closed off to the public in order to maintain the character of the area. This is a key area for shore bird nesting, attracting millions of nearby migratory birds. Seals, sea lions and whales also frequent this region.
Author-
Candace Mason