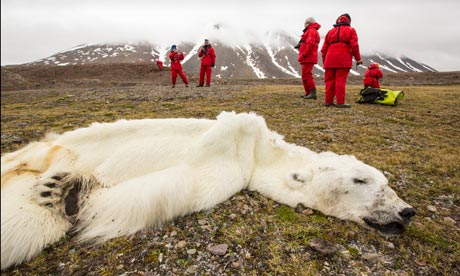 Across the Western Coast, sea stars have been dying off. The Sunflower Star, which can have up to 2 dozen arms and weigh up to 5 kg, have been experiencing a massive epidemic. First noted in September 2013 in the Howe Sound, near Vancouver, BC, the phenomenon has since spread from Alaska all the way to Southern California.

Marine biologist Jeff Marliave, from the Vancouver Aquarium, describes the scene: “The sick ones tend to just fall apart in front of your eyes… An arm will actually break off and crawl away. Then they turn to goo.” Though scientists are still unsure of the cause, the main guess is a disease. The starfish populations have been undergoing a boom over the last two years, with populations peaking in 2012. With such high population density, infectious diseases can ravage a population before any response is possible.

With funding low, scientists are reaching out to the public to help collect data. SCUBA divers can submit relevant data from their dives, specifically location, approximate starfish population, depth, water temperature, and (if available) salinity and dissolved oxygen levels. Any data can be submitted to the Vancouver Aquarium at fishlab@vanaqua.org

An excellent gallery of photos, with both before and after the epidemic: