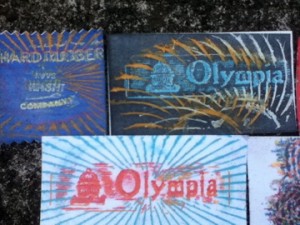 For the entire month of July, witness a motley assortment of:

A grand celebration marking the last day of The Fine Art of Handmade Animated Film, an historic intensive five-week immersion adventure in direct animation taught by Ruth Hayes and Devon Damonte at the mighty Evergreen State College this summer

The Pacific Northwest has more than its share of curious creatures.

This series of animated films, curated by Tess Martin, showcases the relationship between humans and the natural world in the wet and wild city of Seattle. Whales, owls, bumblebees, frogs, cats, dogs and the hairy forest-dwelling giant known as Bigfoot inhabit these flights of fancy created by award-winning members of the Seattle Experimental Animation Team, themselves a rare breed: truly independent creators who push the boundaries of animation. 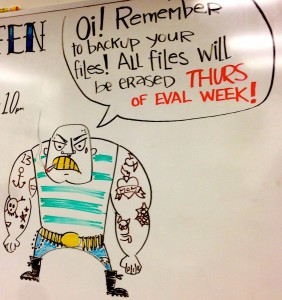 On Wednesday, 6/12, all animation labs will be closed until the start of summer session. All files will be deleted from computer stations.  Please backup files before then, or make arrangements with staff in advance.

Thanks for a great year!

Monday, May 27th, campus will be closed in observance of Memorial Day.

Please note that all production facilities, including the animation labs, will be closed. 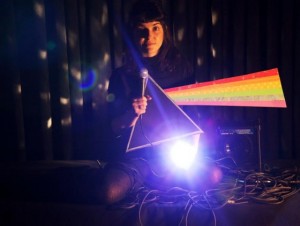 Jodie Mack is an independent moving-image practitioner, curator, and historian-in-training who received her MFA in film, video, and new media from The School of the Art Institute of Chicago in 2007 and currently teaches animation at Dartmouth College. Combining the formal techniques and structures of abstract/absolute animation with those of cinematic genres, her handmade films use collage to explore the relationship between graphic cinema and storytelling, the tension between form and meaning. Mack’s 16mm films have screened at a variety of venues including the Anthology Film Archives, Images Festival, Los Angeles Filmforum, Onion City Film Festival, Ann Arbor Film Festival, Black Maria Film Festival, and the Robert Flaherty Film Seminar.

Looking for a fun hands-on class this summer?

In direct animation, a century-old camera-less form, artists use painting, scratching and myriad techniques not recommended by manufacturers to animate on motion picture film. It is an analog art that offers experiential escape from increasingly digital visual cultures. In this intensive hands-on class students will practice numerous methods of direct animation, have opportunities to invent their own techniques and create lots of footage in a short time, while studying genre masters like Len Lye, Norman McLaren, and Barbel Neubauer. For final presentations students will explore analog and digital methods for presenting their work in a grand, celebratory projection performance extravaganza.

Want to see what alumni are doing with their Evergreen experience?

If you want to see more, visit our Student & Alumni page. 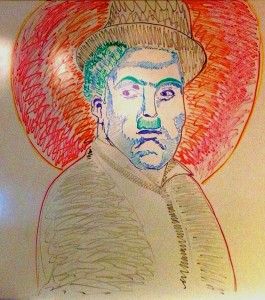 Have a technical issue, need some assistance with your project? The Animation Consultant is available in the Multimedia Lab during this time to answer your questions regarding animation production and the use of our facilities. If you cannot make the regular consulting times please contact us via email.

We have updated our animation capture software from Dragon Stop Motion, to the new and improved Dragon Frame.  It is recommended that you not open older projects into DF if possible, but if do and encounter issues please send us a detailed note.