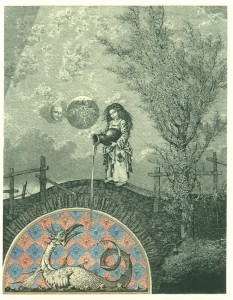 Alchemy, or the “Art of Black Soil”, is a vast field that has spanned several millenia and influenced some of the greatest scientists and thinkers from antiquity to modern times. The student will be undertaking a field study that seeks to understand the Alchemist’s worldview by researching its history and psychology and observing the process of solve et coagula (dissolution and re-synthesis) in his own art, music, and poetry. The alchemical process of transmuting matter from one form to another is a metaphor for the constant recycling of elements found in nature, the psyche and the neuronal recycling of the human brain. The student seeks to show that perhaps more fundamental than the exoteric concerns of alchemy are its esoteric ones, for in order to shape the world around us, we must first distill the elements of our own psyche in a metaphorical suffering, death, and rebirth. Jung saw that the Alchemists where in essence projecting their psychic or inner worlds onto the alembics of their laboratories. For the Alchemists, their work was the work of the divine. They were immersed in the sacred by their work as homo faber and as creator and manipulator of tools. They took their inspiration from the natural world around them and saw the universe as an animated sentient life-form, as evident in their belief that the ores they worked with were embryos that took gestation in the matrix of the Earth or Petra Genetrix. The student hopes to show that matter and psyche are inseparable and that just as the Earth is a womb, so is the mind a matrix for the birth of all things. From Aether, to Mind, to Muscle to Machine humans have become a conduit for the creative force that animates the universe, and by working with this principle, will align themselves with the work of the Divine. The Alchemists realized long ago, as the texts attributed to the mythic Hermes Trismegestus tell us, that the microcosm mirrors the macrocosm, or, “that which is above is like that which is below”. The student will be using his skills in digital music and media as well as his knowledge of poetry to create an anthology of works that illustrates the composting processes that are ubiquitous in the natural world. He will be combining his knowledge and use of organic as well as synthetic mediums to show how the composting of sounds, images and language recycles the neurons of the Alchemist. Jed Rasula addresses the composting of language when he writes “poetry is language disclosed as paradox, where naming does not re-present but dissolves and then reforms creation, where the speaker too is dissolved into the act of speech and reemerges…” 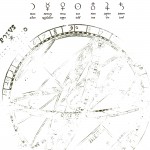 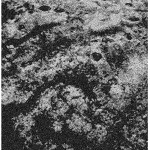 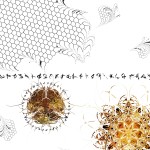 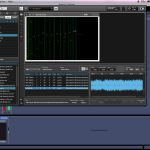 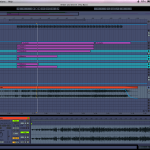 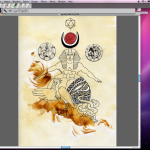 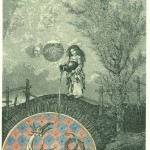 A is for Alchemy: Granular Processing

As readers we are not passive consumers of finished products. Each time we read we consummate with words in a ritual act of hieros gamos. The reader is motivated to reassemble texts into new and different word-worlds. The writer is responsible for the inception of a world that has more connections and meaning seeded within it than they can be possibly aware of. Poetry is especially rich with latent meaning and infinite possibility. Upon reading, poetry breaks down into nutrient rich soil, in turn fusing both the poem and the reader. This Compost: Ecological Imperatives in American Poetry explores this process by drawing on the works of a diverse array of American poets. In the book, quotation and tropic language are the composting mediums that turn the soil. The author, Jed Rasula, posits that language is biodegradable; it decomposes just like organic matter. Over time the poem starts to disintegrate and composite identities emerge from the ashes of the old. Word and language are animate; they live and die by the same rules that all life forms do. Populations of word organisms form semiotic biospheres; their overlapping meanings are sympatric cohabitations of ecological niches; their deaths alchemical transmutations. Like This Compost, this paper is both philosophical discourse and anthology of mutilation. Its focus is on the Nigredo stage of alchemy, or putrefaction, that occurs in the first stages of decomposition. It is in this stage that soma becomes fertile black earth, the word-matrix that births new life condensed into meaning.

Solve Et Coagula is a stitch work composition of word and image modeled after Susan Howe’s The Midnight. Here, the process of solve et coagula or dissolution and synthesis, is both method and subject. This paper is inspired by my work with digital sound design and the graphic arts as well as the mythos and history of magic. This work is intended to be a granulation and condensation of the language and symbols of alchemy as well an illustration of my creative process. I use the repetition of words and sounds (parachesis and alliteration) to induce a dissociated state within the mind of the reader. Out of this dissociation, composite identities emerge. The composting of image, word and sound is simultaneously a genesis of new life. Latent meaning is interlaced with the sounds of words and the images they evoke. The Midnight explores the thin veil between text and image, object and subject. Solve Et Coagula is a similar reflection on the space between music and noise and the matrix or margin between order and chaos. It is out of this place that new word-worlds are born. In alchemical terms, the adept fuses with their sacred texts, sewing pieces of their soul into the fabric of a universe perfuse with signs. This paper is intended to be coded and cryptic, mirroring ancient texts attributed to the likes of Hermes Trismagestus or Zozimos of Panopolis. By trying to decipher its coded language, the reader turns words like soil, populating its symbols with the germ of meaning. In The Midnight, Howe weaves her personal and familial history into a poetic memoir. Here, these characters are replaced by the mythic and archetypal figures of alchemy and magic.